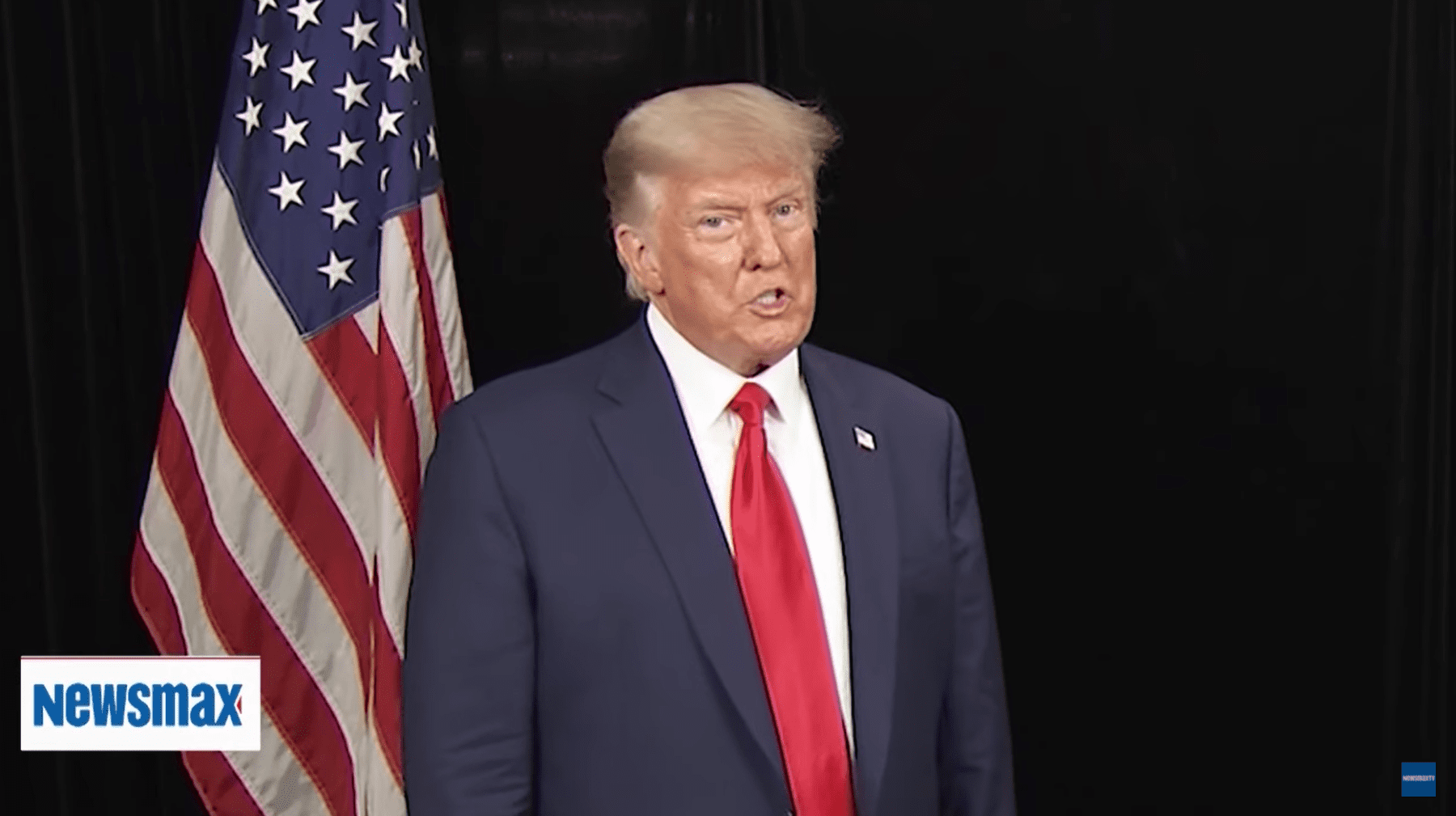 After Trump’s CPAC speech Trump did an interview with Newsmax.

It was short but filled with some good information.

He was asked why he is speaking out against Biden when past Presidents haven’t.

He simply said we have to save our nation.

He was asked if anyone in the Republican party could beat him in a primary.

He couldn’t name anyone although he did add that he was not sure if he was going to run again. He added he would do what is best for the nation.

This is a big deal. If Trump were not running, he would have easily thrown another Republican name in there. It is clear that Trump is taking seriously a 2024 run.

I’d watch the full interview. It is short but packed with great information.

Trump is the leader of the resistance to Joe Biden’s radical agenda, not Mitch McConnell or Liz Cheney.

Trump to Newsmax TV: ‘Can’t Imagine’ Someone Else Winning 2024

Former President Donald Trump, while praising the enthusiastic reaction from the crowd at the Conservative Political Action Conference’s audience to his speech, told Newsmax TV that he doesn’t like to “play games” about who could defeat him for the 2024 GOP nomination, but he “can’t imagine” someone else winning, should he decide to run.

“I’m not sure that anybody should be able to win, other than us,” Trump told Newsmax TV’s Mark Halperin during a back-stage interview at the convention Sunday. “Look, I’ve done a good job for this party. We had the greatest economy in history, and then we rebuilt it a second time.”

The foundations the administration built, he added, “were so strong that no other country could even compete with us in terms of what we’ve done the second time,” or after COVID-19, which he referred to as the “China virus” pandemic.

“We’ve done a great job, and I think based on the job performance, I’m not sure that anybody should be able to win, other than us,” Trump said.

However, he said he has not yet decided to run in 2024, “but I love our country. I’m going to do what’s right for our country.”

Trump also pointed to the straw poll that was taken at the convention, which showed that 55% of the attendees questioned think he should be the 2024 GOP nominee and said he’s “never seen poll numbers like that.”

The CPAC reaction, said Trump, “felt good. The crowd is incredible. The enthusiasm is, I think even beyond what we had before the election, and we had great election results more than any presidential candidate’s ever gotten, as you know, with the votes, but this crowd is just incredible. They love the country and they just want to see it succeed.”

He said he chose to give the speech, rather than leave it to GOP leaders like Senate Minority Leader Mitch McConnell or Rep Liz Cheney, R-Wyo., “because we have to save our nation” from what’s going on with the Biden administration.

He said he was asked to make the speech with CPAC, as he’s been with the organization “for a long time.”

“They’ve done a fantastic job here,” he said. “I thought it would be a great place to express my views. Everybody wanted to hear it. The crowds outside are incredible. The whole place is just alive with energy. They love our country.”