Trump Sends Message To GOP Senators Ahead Of Impeachment Trial 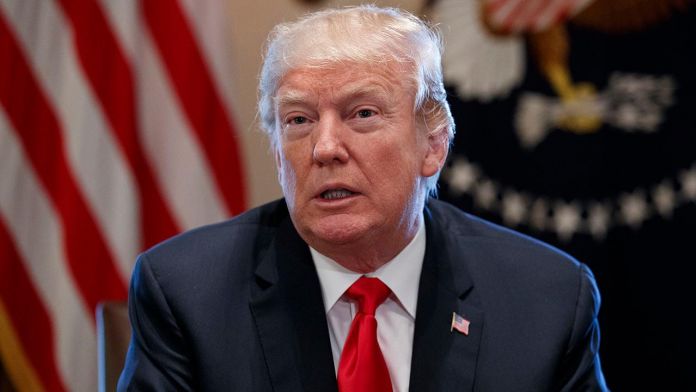 According to a new report from Politico President Trump sent a clear message to GOP Senators who will vote on his impeachment.

He did this through one of his aides.

I want to point out the headline of the article as well:

“Trump sends a message to Senate Republicans ahead of his trial”

A top political aide to former President Donald Trump spent the weekend quietly reassuring Republican senators that the former president has no plans to start a third party — and instead will keep his imprint on the GOP.

The message from Brian Jack, Trump’s former political director at the White House, is the latest sign that Republicans considering an impeachment conviction will do so knowing that Trump may come after them in upcoming primaries if they vote to convict him for “incitement of insurrection.”

Jack did not mention impeachment in his calls. But he wanted the word to get around that Trump is still a Republican — and for many, still the leader of his party.

“The president wanted me to know, as well as a handful of others, that the president is a Republican, he is not starting a third party and that anything he would do politically in the future would be as a Republican,” recounted Sen. Kevin Cramer (R-N.D.). “The Republican Party is still overwhelmingly supportive of this president.”

We know why Democrats are pushing for his impeachment.

They know how popular he really is among Americans and are scared he will win in 2024.

If President Trump wasn’t popular and Americans wanted him to be impeached then why would they be so hesitant?

Why would they fear him?

Of course, the truth is that they know the Republican base stands with President Trump.

They stand with his agenda.

They think this impeachment is a sham.

Only 5 Republican senators voted for this impeachment trial.

The other 45 called it “unconstitutional”

Here the 5 GOP Senators who voted with Democrats to not dismiss the impeachment trial.

Five Republican senators sided with Democrats and voted "no" on the GOP motion to dismiss the impeachment trial:

45 GOP Senators have voted to rule that President Trump’s impeachment trial is unconstitutional.

45 Senators voted in favor of Senator Rand Paul’s (R-KY) motion to declare that the Senate Impeachment Trial was unconstitutional.

The Senate just voted on my constitutional point of order.

45 Senators agreed that this sham of a “trial” is unconstitutional.

That is more than will be needed to acquit and to eventually end this partisan impeachment process.

This “trial” is dead on arrival in the Senate.

This likely means that President Trump will not be convicted:

This vote may represent the upcoming vote on impeachment itself. If so, the impeachment proceedings to convict former President Trump will fail.