Video: Patriots invited by Trump to return to Washington for Joe Biden’s inauguration 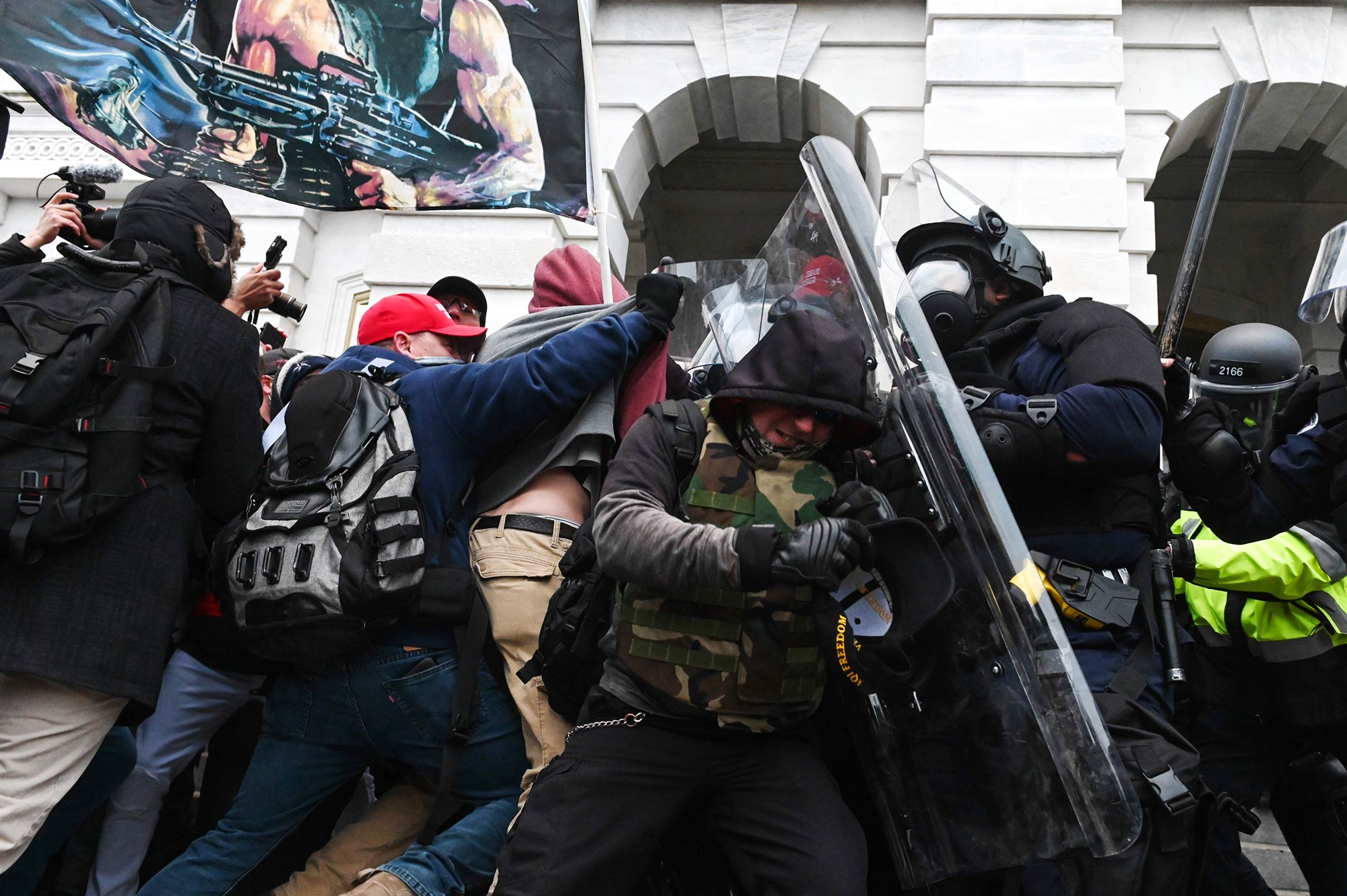 In the wake of Wednesday’s protests at the Capitol, Trump supporters are, naturally, emboldened and are vowing to return to Washington for the upcoming inauguration of President-elect Joe Biden on January 20, using online platforms to rally each other.

“Many of Us will return on January 19, 2021, carrying Our weapons, in support of Our nation’s resolve, to which [sic] the world will never forget!!! We will come in numbers that no standing army or police agency can match,” wrote a popular Parler user who frequently posts about QAnon, and is being tracked by the Anti-Defamation League.

Parler, Telegram chat rooms and the platform TheDonald.win were all used to plan and coordinate the Jan. 6 rally that turned into a riot. Posters explicitly stated their intentions to “occupy” the Capitol. QAnon conspiracy theorists and people associated with militia groups had a visible presence in Wednesday’s crowd.

“Round 2 on January 20th. This time no mercy. I don’t even care about keeping Trump in power. I care about war,” an anonymous person posted on the platform TheDonald.win, which is filled with comments posted by people who lauded those who rioted Wednesday as “heroes.”

Law enforcement is scrambling to identify those who broke into the Capitol building, and are worried about the inauguration as another target.

“There is growing concern that violent extremists are emboldened by the breach of the Capitol, which means the clock is ticking on taking down the most influential incites of violence before they act again,” said Frank Figliuzzi, former FBI assistant director and NBC News national security analyst.

Federal and local law enforcement have made dozens of arrests so far in connection with Wednesday’s Capitol breach and for violations of the curfew that followed.

According the National Park Service, which handles permits for rallies in D.C., there are seven First Amendment permit applications in process that overlap with the inauguration date, one of which is clearly for Trump supporters.

Megan Squire, professor of computer science at Elon University and a senior fellow at the Southern Poverty Law Center who tracks online extremism, says she’s concerned that since President Donald Trump will not be at the inauguration, extremists will be focused on Biden.

Squire has been collecting fliers for as many as 10 rallies planned for Jan. 17 organized by members of the far-right militia movement who call themselves “Bugaloo bois.” They emerged last year showing up at rallies calling for the protection of Second Amendment rights and the group has been on law enforcement’s radar for anti-government activity.

Of most concern is the excitement expressed online by accelerationists, some of the most violent and extreme in the white supremacist movement who believe there is an impending race war.

“On the whole the system’s power took a major hit yesterday,” one person wrote in a Telegram chatroom favored by accelerationists.

“[Accelerationists] are over the moon and talking about how to exploit grievances. They’re on these Telegram groups completely excited about it,” Squire said.

Just because a new president will be inaugurated, according to ADL President Jonathan Greenblatt, doesn’t mean pro-Trump extremists will fade into the background.

“The conspiratorial, baseless narrative of a stolen election will continue to animate extremists for some time to come,” he said.

3 thoughts on “Video: Patriots invited by Trump to return to Washington for Joe Biden’s inauguration”