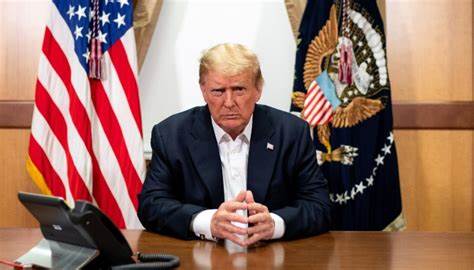 According to a report from Bloomberg President Trump is planning a “defiant” final days in office.

Banned from social media and abandoned by some staff after inciting a riot at the U.S. Capitol, President Donald Trump and a dwindling circle of advisers plan a defiant final week in office, according to people familiar with the matter.

Trump is confident Vice President Mike Pence and members of his cabinet won’t attempt to remove him under the 25th Amendment, the people said. Pence is dismissive of the idea of trying to use that authority to drive Trump from office, one person said.

The president and some allies also believe Democrats are overreaching by trying to once again impeach him over Wednesday’s mob at the Capitol, and think Senate conviction would be unlikely in any event.

The report goes on:

Trump plans to run out the clock on his four years in office by highlighting what he believes are his biggest accomplishments, including the barrier his administration built on at least part of the U.S. border with Mexico. A trip to Alamo, Texas, near the border is expected on Tuesday, a White House spokesman said.

Trump is also preparing at least one more round of pardons, and will try a final time to advance his administration’s effort to bring Big Tech to heel, the people said, though it isn’t clear what he may do.

Between the impeachment movement and Trump’s censorship by social media, the president and his advisers believe his supporters are galvanized. Trump feels impeachment could have a boomerang effect on Democrats, one person said, while another dismissed it as the latest Democratic witch hunt.

Trump and his team will respond to the Twitter ban during his final week in office by leaning into his fight against what he’s called censorship of Republicans by large technology companies. The president has long demanded that Congress revoke Section 230, a liability waiver social media companies depend upon to allow relatively unfettered speech on their platforms. He’ll likely amplify that call, though Biden’s inauguration on Jan. 20 and Democrats’ takeover of the Senate is expected to snuff out prospects for any change to the law for now.

Trump has prepared several executive orders related to Big Tech companies but it’s not clear if any will be issued, one person said.

President Trump is showing no signs of giving up.

Over the last few days of his term, he has very big things he can do.

He can give a pardon to Julian Assange.

He can declassify documents proving the crimes committed by the Deep State.

He can push for a special counsel to look into voter fraud and Hunter Biden.

One thought on “Trump Planning “Defiant” Final Days In Office”