2017: Moderna: mRNA jabs are “rewriting the Genetic Code” we call it “information therapy” 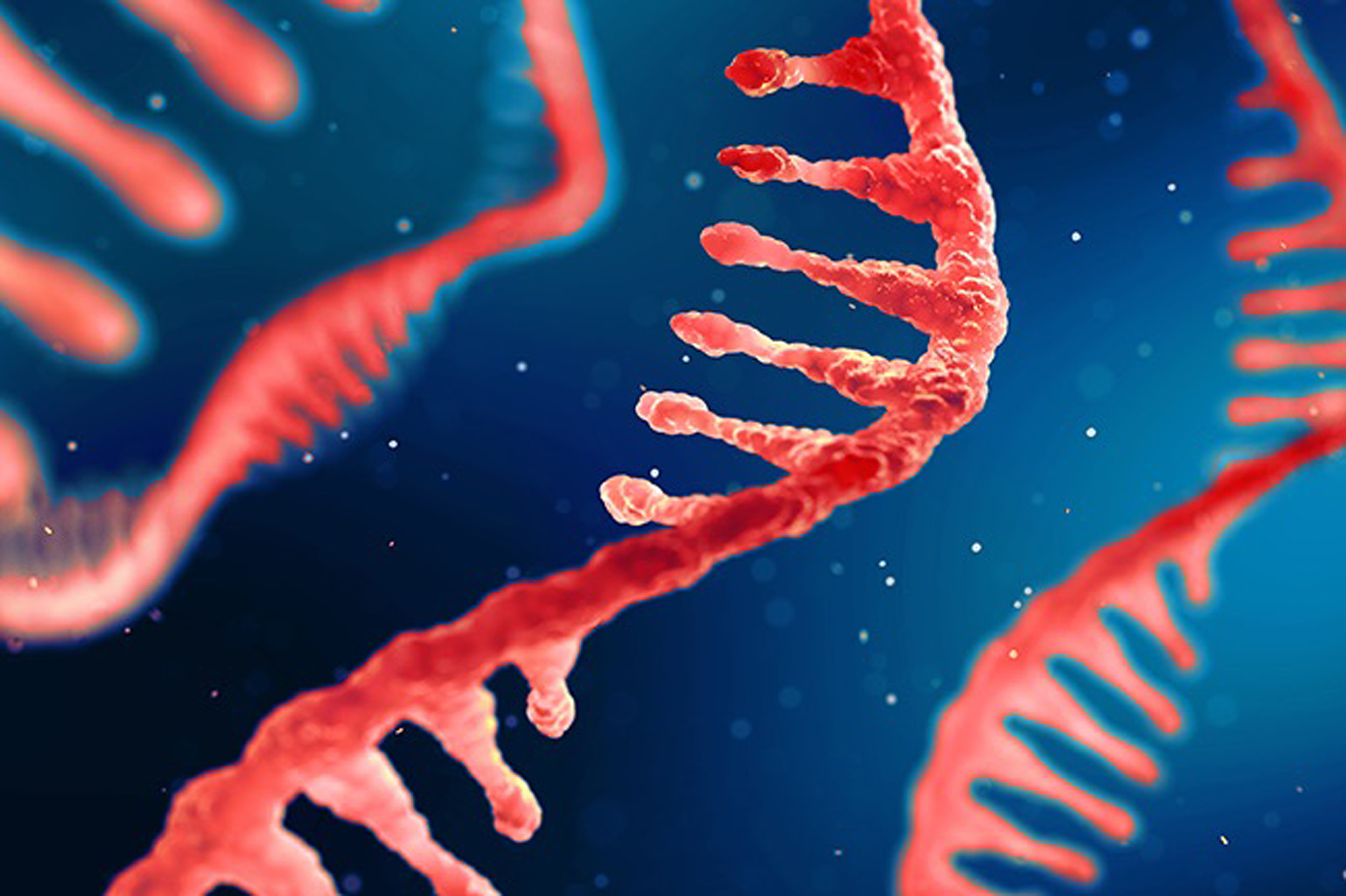 PLAYING GOD: Head of MODERNA Says That They are Hacking the Software of Life and Rewriting Genetic Code: Transhumanism 101

You heard many times that the mRNA macarenavirus jabs are based on older cancer research, and that is correct, here it is, presented one of the current bosses at Moderna

Through the months, I have had some lively conversations with folks who insist that the mRNA vaccine does NOT interfere with the DNA of an individual. My research has repeatedly shown this to be false.

And now that the vaccine is being administered worldwide, scientists are boldly proclaiming and explaining to the “Deer in the headlights” population that they ARE reprogramming the DNA of each person who gets the jab.

Clearly, the Covid 19 Plandemic and the fast tracked vaccines were pre-planned by Bill Gates, Tony Fauci and the rest of the mad scientists in our world.

I do wonder how long Bill Gates, of Microsoft fame, had the idea of transforming humanity into walking, talking operating systems?

“Imagine a biological computer that operates inside a living cell”
– Dr. Andrew Phillips, head of bio-computation at Microsoft Research.

“The problem we’re trying to solve is really trying to have a more sophisticated diagnosis that can happen automatically inside cells… In this project, we’re trying to use DNA as a programmable material” according to Dr. Neil Dalchau, a scientist at Microsoft Research.

Moderna described mRNA as “an information molecule” and even trademarked the name “mRNA OS” – meaning ‘operating system’, according to bigtechtopia.com
We have Moderna’s head honcho “on tape” describing the mRNA vaccine as “information therapy”:

If DNA is programmable, does that mean that those of us who are getting the jab can be programmed and manipulated remotely? YES – absolutely. And I do believe that this experiment on the human race was done with nefarious intentions.

Think of our world as one big guinea pig! And the end game is TRANSHUMANISM.

Moderna’s COVID Vaccine Is An ‘Operating System’ – Is This Transhumanism?

Documents obtained from Moderna reveal that the so-called vaccine being peddled by the company is actually an ‘operating system’. This startling admission confirms what vaccine skeptics have claimed – that COVID is about control, not a virus.

It won’t be lost on anyone who has done due diligence over this pandemic to see past the glib claims of paid-off politicians and compliant media that all is not as it seems.

To start, it is no coincidence that one of the key promoters of these new mRNA ‘vaccines’ is none other than Microsoft billionaire, Bill Gates. Bill gave a Ted Talk where he boasted vaccines can help cut global population by 15 percent.

Yes he said cut population. How does that work – by deactivating these vaccine-implanted operating systems in us?

Well, psychopathic Bill couldn’t fix his Microsoft operating system to prevent endless computer viruses, so why should we trust him now that he is spearheading what is seen as a major step towards transhumanism. For those who care about what goes into their bodies, and those of their loved ones, see if you can detect something very sinister from what is being foisted upon a gullible public.

Over at The Corbett Report readers can enlighten themselves as to the very real dangers of transhumanism – the idea of a ‘fantastic future’ in which humans merge fully with machines. Transhumanists take science as their religion and believe in a philosophy of “absolute relativism” that claims that individuals can change reality at will, and they seek to “relativize the human being.”

Certainly, everyone who holds strong religious beliefs, in whatever faith, will baulk at what is far from a benign doctrine. Transhumanism is at complete enmity with Christianity, Judaism, Islam, etc.

Do we really want to sacrifice our soul simply for the sense of security from a virus infection?

Over at tapnewswire.com contributor Weaver posts the following which is alleged to be from Moderna’s documents on the new COVID-19 vaccines. It reads thus:

Enabling Drug Discovery & Development
We built Moderna on the guiding premise that if using mRNA as a medicine works for one disease, it should work for many diseases. And, if this is possible – given the right approach and infrastructure – it could meaningfully improve how medicines are discovered, developed and manufactured.

Our Operating System
Recognizing the broad potential of mRNA science, we set out to create an mRNA technology platform that functions very much like an operating system on a computer. It is designed so that it can plug and play interchangeably with different programs. In our case, the “program” or “app” is our mRNA drug – the unique mRNA sequence that codes for a protein.

We have a dedicated team of several hundred scientists and engineers solely focused on advancing Moderna’s platform technology. They are organized around key disciplines and work in an integrated fashion to advance knowledge surrounding mRNA science and solve for challenges that are unique to mRNA drug development. Some of these disciplines include mRNA biology, chemistry, formulation & delivery, bioinformatics and protein engineering.

Our MRNA Medicines – The ‘Software Of Life’

When we have a concept for a new mRNA medicine and begin research, fundamental components are already in place.

Generally, the only thing that changes from one potential mRNA medicine to another is the coding region – the actual genetic code that instructs ribosomes to make protein. Utilizing these instruction sets gives our investigational mRNA medicines a software-like quality. We also have the ability to combine different mRNA sequences encoding for different proteins in a single mRNA investigational medicine.

We are leveraging the flexibility afforded by our platform and the fundamental role mRNA plays in protein synthesis to pursue mRNA medicines for a broad spectrum of diseases.

Within a given modality, the base components are generally identical across development candidates – formulation, 5’ region and 3’ region. Only the coding region varies based on the protein/s the potential medicine is directing cells to produce.

Learn how our Research Engine and Early Development Engine are enabling us to fully maximize the promise of mRNA to meaningfully improve how medicines are discovered, developed and manufactured.

Overcoming Key Challenges
Using mRNA to create medicines is a complex undertaking and requires overcoming novel scientific and technical challenges. We need to get the mRNA into the targeted tissue and cells while evading the immune system. If the immune system is triggered, the resultant response may limit protein production and, thus, limit the therapeutic benefit of mRNA medicines. We also need ribosomes to think the mRNA was produced naturally, so they can accurately read the instructions to produce the right protein. And we need to ensure the cells express enough of the protein to have the desired therapeutic effect.

Our multidisciplinary platform teams work together closely to address these scientific and technical challenges. This intensive cross-functional collaboration has enabled us to advance key aspects of our platform and make significant strides to deliver mRNA medicines for patients.

The above may be found on Moderna’s website here:

As always, we advise readers to take no one’s word on anything and to do your own research. Please post below your comments, share with friends and family and make sure this pivotal moment in humanity’s history is not a wrong step to oblivion.

About John O’Sullivan John is CEO and co-founder (with Dr Tim Ball) of Principia Scientific International (PSI). John is a seasoned science writer and legal analyst who assisted Dr Ball in defeating world leading climate expert, Michael ‘hockey stick’ Mann in the ‘science trial of the century‘. O’Sullivan is credited as the visionary who formed the original ‘Slayers’ group of scientists in 2010 who then collaborated in creating the world’s first full-volume debunk of the greenhouse gas theory plus their new follow-up book. Source

Brethren, I know many who are getting the Jab, and they are doing this enthusiastically to “Help Mankind.” This is beyond belief to me. The trust in our government and NIH and WHO and the U.N. and Bill Gates of Hell is absolutely insane!

Have we become zombies with no functioning brains??

Think about this: As stated in the article above, does it not stand to reason that because the “Jab” is an operating system, that Bill Gates or Fauci et al could pull the plug on these operating systems to bring about death? THIS is the key to the end game of DEPOPULATION.

One thought on “2017: Moderna: mRNA jabs are “rewriting the Genetic Code” we call it “information therapy””