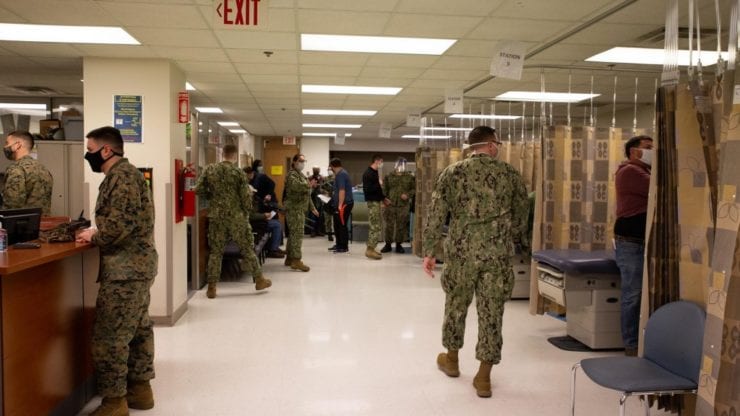 We have recently reported on just a few of the numerous side effects of the experimental biological agents being pushed by politicians, the media, and pharmaceutical companies  It isn’t just the AstraZeneca vaccine.  We know that globalists around the world want a completely unconstitutional ‘vaccine passport,’ whether mandated by the federal government or the fascist globalist corporations and banks that are openly in league with them against American society.

We know that most of our medical supplies come from China, in some way, and that Chinese products are often contaminated.  We also know that every single ‘vaccine’ associated with the Wuhan CCP Virus is not actually a vaccine.  They are all various untested, unproven, experimental, non-FDA-approved biological agents approved under an emergency authorization act that expires just prior to the July 4th holiday.  It has also been proven that the new biological technologies have more side effects–severe or not–than actual traditional vaccines.  This includes entire bodies of skin peeling right off, landing people in the emergency room.  It also includes entire ‘vaccination’ sites and entire school systems being closed down around the country due to negative side effects of the various vaccines.  It also includes death.  Thankfully, many states are now beginning to wake up to this tyranny, banning any such actions on a federal level.

Though these measures are a good first step, they are far from enough.  Governments are still trying to force their populations to be guinea pigs for every major pharmaceutical corporation, leaving people in the dust who refuse. And corporations are working on behalf of globalist politicians in seeking to ban travel, bank accounts, and basic societal functions to those who refuse to get the experimental ‘vaccines.’

Because of all of this, many people question the safety and efficacy of the ‘vaccines,’ which do not appear as effective as simply getting the Covid virus and then developing an immunity.

It turns out, you can include about 40% of all U.S. marines in that list of reasonable people who refuse to be subjected to this biological experimentation.

Roughly 48,000 marines out of 123,500 are heeding the warnings from Front Line doctors, science, and logic.  Apparently, the new technologies which are unproven, untested, and unnecessary for 99.997% of people who survive Wuhan CCP Virus, are not worth the risk.

However, one of the reasons that a service member may give when declining the vaccination may expire when the emergency use authorization expires in July.  According to USA Today, “because the Defense Department has only emergency-use authorization from the Food and Drug Administration for the COVID-19 vaccine, the department can’t make receiving the vaccine mandatory for service members.”

However, in true authoritarian fashion, this is only emboldening the globalists to push Biden to issue waivers to make the experimental shots mandatory:

“Seven Democratic members of Congress sent a letter to Biden asking him to issue a “waiver of informed consent” to require all U.S. military service members to get the vaccine.

The letter, obtained by CNN, said that while the Pentagon has “made admirable efforts to educate service members on the safety and efficacy” of the vaccine, those efforts have been “outpaced by disinformation dominating social media.””

However, if you read the comments on Twitter, CNN’s feed is blowing up with irrational fear-based messages of control.  CNN’s berserk following demands that the government force military personnel to be injected with experimental biological agents.  You can read the comments in the Twitter thread below.

Nearly 40% of Marines have declined the Covid-19 vaccine https://t.co/StO15LCi8u

These are the brainwashed minds you are up against in the information war.  How will you get through to them with rational thought and data?  It will be imperative to the future of America that we are able to do this.