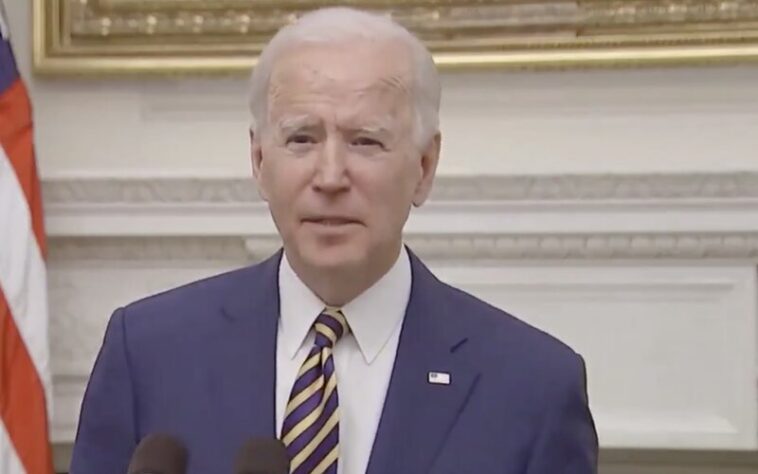 After months of telling the American people that he’d step right in and crush the COVID pandemic, Biden announced today that there’s not much he’ll be able to do to change the trajectory of the virus “for the next several months”.

“If we fail to act, there will be a wave of convictions and foreclosures in the coming months as this pandemic rages on. Because there’s nothing we can do to change the trajectory of the pandemic in the next several months,” Biden said.

JUST IN – President Biden now says "there is nothing we can do to change the trajectory of the pandemic in next several months."pic.twitter.com/XilB4xPe3E

This is coming from the same man who criticized every single move that Trump made when it came to the Coronavirus. In fact, Biden said that Trump could have prevented “every single death” related to COVID.

Of course, he provided no factual data whatsoever to back up his claims, but the media went with it anyways.

Now, Biden is bizarrely claiming that he won’t be able to do anything about the pandemic trajectory for “several months’. Doesn’t sound like he had a “plan” at all, did he?

In fact, he finds it hard to follow his OWN Covid rules! Just hours after signing an executive order mandating masks on federal land, Biden and his entire family went to the Lincoln Memorial completely maskless.

As you can expect, the media gave him a pass on it. Only conservative media paid any attention to the story.

This is what you can come to expect from the media over the coming years. Story after story fawning over the “great job” that Biden is doing without actually telling the American people the truth.