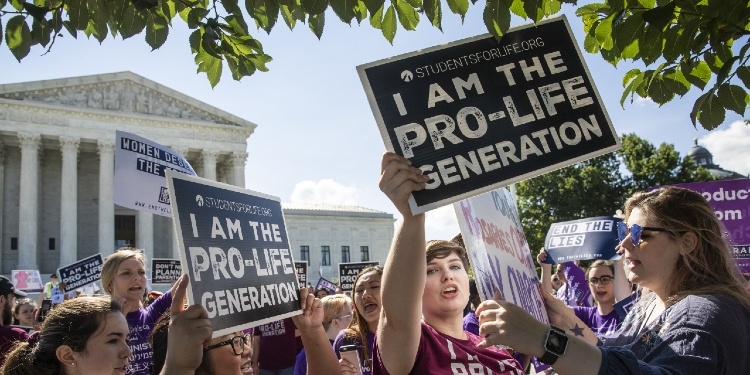 In defiance of federal law, California currently requires all private health insurance plans to include coverage for abortion. Last December, the U.S. Department of Health and Human Services (HHS) said it would withhold $200 million from California unless the state changed course.

Unconcerned about the threat, State Senator Lena Gonzales (D-Los Angeles) wants to push the state’s noncompliance further with the introduction of SB-245, a bill to force all private insurance policies to pay for abortions free of charge, no co-pays, no deductibles.

“Everyone should have the right to make their own decision about when, if and how to start a family,” Gonzales explains.

“It is heartbreaking to imagine the devastating stress and crushing uncertainty that individuals have to go through, as they rush to save funds in hopes of getting the care they need. If our state is to be a true leader and defender of reproductive freedom, then we must ensure care for those who need it most.”

“SB 245 makes it even easier for poor, at-risk, and disadvantaged women to be taken advantage of when they are most in need of assistance,” Brennan said.

“Abortion is bad for women, and the effects are long-lasting and devastating, with a staggering correlation between suicide rates/mental disorders and abortion.  Rather than provide increased access to prenatal care, incentives for adoption, or other social services, which would actually benefit mothers and their children, Senator Gonzalez’s bill will make the worst choice even easier, without encouraging any other options.”

Marylee Shrider, Executive Director for Right to Life Kern County, also criticized the bill for pushing one choice on women in crisis.

“When it comes to crisis pregnancies California Democrats invariably see abortion as the only choice,” Shrider said.

“Instead of forcing Californians to pay higher premiums to cover the cost of free abortions, we should ensure that frightened and vulnerable young women have access to a host of healthy options, including low-cost pre-natal care and post-natal services.”

Wynette Sills, Director of Californians for Life, believes SB 245 will inevitably increase the number of abortions in a state she says already kills more than 130,000 babies every year through all nine months of pregnancy.

“When abortions are made free, even more abortions will likely occur,” Sills said.

“California taxpayers are already forced to pay for Medi-Cal funded abortions and SB 245 is just another way Democrats will promote even more harm to both mother and child. SB 245 is not a “pro-choice” bill, but is strictly a pro-abortion effort as it only promotes violently ending a child’s life through abortion, instead of addressing the often significant insurance co-pay and deductible costs of a pregnant woman’s pre-natal care and delivery.”

SB 245 specifically prohibits private health care service plans, an individual or group policy of disability insurance policy from “imposing a deductible, coinsurance, copayment, or any other cost-sharing requirement on coverage for all abortion services.”

It also “would prohibit cost-sharing from being imposed on a Medi-Cal beneficiary for those services.”

Gonzalez introduced the legislation two weeks ago on the 48th anniversary of the U.S. Supreme Court’s Roe v. Wade decision legalizing abortions. Its first hearing before the Senate Health Committee has not yet been scheduled.

At the beginning of last year, HHS first warned California that its abortion coverage mandate violated the federal Weldon Amendments, which forbid states from discriminating against health plans with no abortion coverage.

Then in December, HHS released a press release from its Office of Civil Rights saying the federal government would hold back $200 million in Medicaid funds for every quarter the state continues to violate the law.

Author: Greg Burt is director of capitol engagement for the California Family Council. He can be reached at gregb@californiafamily.org or (949) 244-2080.