Covid-19 was bioweapon research that got loose 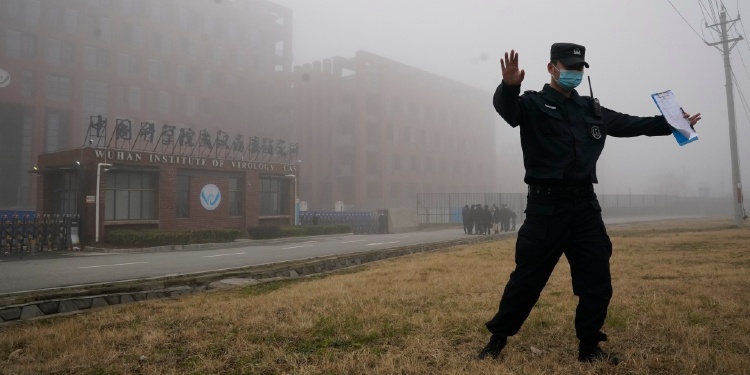 Brave voices utter that which shall not be said: Covid-19 was bioweapon research that got loose

If one were to listen to most of the “experts,” they’d believe that the novel which became known as Covid-19 was a naturally occurring mutation. But the experts who are brave enough to break from the Chinese Communist Party narrative know the truth and are starting to say it.

A common sense evaluation of the evidence surrounding the Wuhan Flu reveals that it almost certainly originated at the Wuhan Virology Lab as part of bioweapons research, accidentally infected some who were working in the lab, and spread to the world following a botched coverup by the Chinese Communist Party. But common sense is overruled by CCP propaganda, a complicit World Health Organization, and members of the United States government who don’t want to cause more waves with China.

Some are taking the common sense version and expanding on it with their expertise. One such brave soul is David Asher, now a senior fellow at the Hudson Institute. According to Fox News:

Asher has long been a “follow the money” guy who has worked on some of the most classified intelligence investigations for the State Department and Treasury under both Democratic and Republican administrations. He led the team that uncovered the international nuclear procurement network run by the father of Pakistan’s nuclear program, AQ Khan, and uncovered key parts of North Korea’s secret uranium enrichment. He believes the Chinese Communist Party has been involved in a massive cover-up during the past 14 months.

Asher’s experience and research have led him to believe this was likely a matter of substandard safety protocols at the Wuhan Virology Lab as they tried to develop the bioweapon. “And if you believe, as I do, that this might have been a weapons vector gone awry, not deliberately released, but in development and then somehow leaked, this has turned out to be the greatest weapon in history.”

He is joined in his belief by another expert on the Chinese Communist Party, Steve Mosher. In an exclusive interview with NOQ Report last month, Mosher revealed his belief that this was part of “gain of function” research, which the Chinese Communist Party is known to undertake. In 2007, China announced it would begin work on genetic bioweapons using controversial “gain of function” research to make the viruses more lethal.

“This is one of those superbugs that was being created in the laboratory and got out of the laboratory,” Mosher said. “I’m not completely rejecting the idea that it was deliberately released in China and then released on the world.”

One of the side-effects of having the Chinese Communist Party controlling so much of our media, Big Tech, and politicians is that even mentioning the CCP can get a website or interview flagged. We’ve had several brave guests on, especially though our Two Mikes podcast, who reveal the truth about Covid-19. Mosher’s expertise on China makes his interview important and he used his time on the show to call for China’s reckoning.

“There ought to be trillions of dollars in reparations paid for the economic damage, not to mention the millions of people who lost their lives or lost their jobs or lost their business because of the China Virus,” he said. “The butcher’s bill in this case is huge. It ought to be paid in full by the Chinese Communist Party.”

If all of this is so obvious, why is the United States government and other nations refusing to condemn the Chinese Communist Party? According to Rick Moran at PJ Media, it’s all about geopolitics.

U.S. intelligence agencies have let it be known that they have a pretty good handle on the coronavirus’s origin and they believe the lab-accident theory is viable, although “unlikely.” Despite the WHO ordering its researchers not to investigate that angle any further, it seems pretty clear that the U.S. is treading very carefully so as not to upset China too much.

“The Wuhan Institute of Virology is not the National Institute of Health,” David Asher, now a senior fellow at the Hudson Institute told Fox News in an exclusive interview. “It was operating a secret, classified program. In my view, and I’m just one person, my view is it was a biological weapons program.”

Biological weapons have been outlawed since the 1970s. Even research on bioweapons is severely restricted. If China was conducting illegal research, it stands to reason they’d want to hide it.

It takes mastery level of intellectual gymnastics to completely dispel the notion that the Chinese Communist Party made Covid-19 and released it to the world. The only real question is whether it was an accident or deliberate.

6 thoughts on “Covid-19 was bioweapon research that got loose”