Donald Trump Jr: There are ‘plenty’ of GOP incumbents who should be challenged 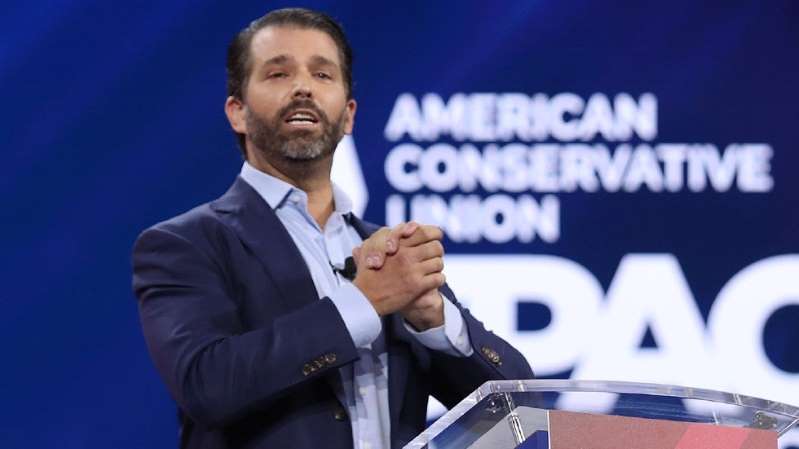 Donald Trump Jr. warned that there are “plenty” of Republican lawmakers who should get primary challengers as the GOP faces an internal reckoning over former President Trump’s role in the party.

“I think without question” the Republican Party is still the Trump party,” Trump Jr. said in an interview with Fox News. “I think you hear it from the voices. I think you see it in the speeches of others that are in government. I see in the backtracking that you see from some of those who went opposite of that the last few weeks. I think it’s pretty clear. And it should be. Putting America first shouldn’t be controversial.

“I think there’s a couple that I would certainly get involved in,” he added. “I think [former President Donald Trump] would get involved in picking individual races and individual people that have been supportive of him, and not others. And that’s fine.”

Trump Jr. did not name any specific lawmakers he wanted challenged, but he warned that incumbents should not be supported just because they already hold office.

“I don’t think we have to blindly support, you know, establishment candidates that don’t do anything. I think that’s a mistake and I think we’ve seen too much of that from the establishment where they blindly throw cash, time, money and energy to help failing candidates who have no charisma, no personality, no political chops, get over the line simply because they’ve been there a few years,” he said. “That’s the kind of nonsense that has to go, and I think it will.”

The remarks are the latest indication that the wing of the Republican Party that remains fiercely loyal is prepared to challenge longtime lawmakers, particularly those whom Trump’s backers deem insufficiently loyal to the former president.

GOP Reps. Liz Cheney (Wyo.) and Adam Kinzinger (Ill.), both of whom voted to impeach Trump over his role in inciting the Jan. 6 insurrection, have both already garnered a slew of Republican challengers and are top targets for Trump. And the former president for the first time backed a primary challenger to a House Republican who voted for impeachment, announcing his support Friday for Max Miller’s primary bid against Rep. Anthony Gonzalez (R-Ohio).

While Trump and his supporters are itching for a fight, some Republicans are wary of setting up intraparty clashes out of fear that they could hinder electoral gains in the 2022 midterms.

“To beat this threat – the threat of socialism, crushing debt, loss of freedom – we must focus on addition, not subtraction; on looking forward, not backward,” Sen. Rick Scott (R-Fla.), chair of the campaign arm for Senate Republicans, said in a memo this week. “Hopefully, at some point in the future, we will have beaten this threat back and find ourselves strong enough to afford self-indulgent divisions. But that day is not today.”

Don Jr. Speaks Out; “Here’s What Comes Next For Our Amazing Movement”

One thought on “Donald Trump Jr: There are ‘plenty’ of GOP incumbents who should be challenged”