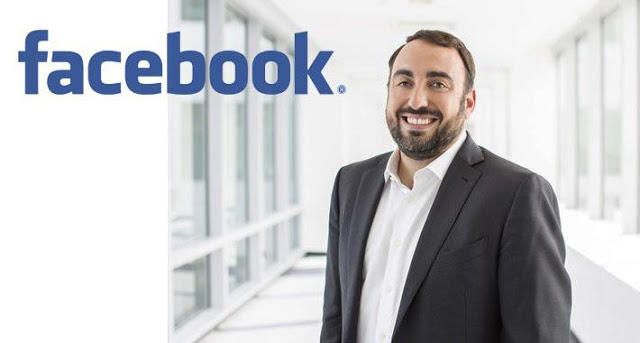 Says We Have To ‘Turn Down The Capabilities Of Conservative Influencers’

Former Facebook executive Alex Stamos called for conservative news alternatives OANN and Newsmax to be “deplatformed” during his appearance on CNN Sunday.

Discussing the ongoing political polarization in America in the wake of the November election and the January 6 riot at the U.S. Capitol, Stamos suggested that since people now “are able to seek out the information that makes them feel good,” an incentive exists for some outlets to “become more and more radical.”

Stamos said, “We have to turn down the capability of these Conservative influencers to reach these huge audiences.”

“There are people on YouTube for example that have a larger audience than daytime CNN,” he added and CNN’s Brian Stelter nodded in agreement.

Former Facebook insider Alex Stamos tells @brianstelter: “We have to turn down the capability of these Conservative influencers to reach these huge audiences… There are people on YouTube for example that have a larger audience than daytime CNN.” pic.twitter.com/gP0XtnjhCQ

“One of the places you can see this is on the fact that you now have competitors to Fox News on their right, OANN and Newsmax, which are carried by all the major cable networks, who are trying now to outflank Fox on the right because the moment Fox [News] introduced any kind of realism into their reporting, immediately a bunch of people chose to put themselves into a sealed ecosystem,” Stamos said. “They can do that both on cable. They can do it online, and that becomes a huge challenge in figuring out how do you bring people back into the mainstream of fact-based reporting and try to get us back into the same consensual reality.”

On CNN this morning:

“We have to turn down the capability of these Conservative influencers to reach these huge audiences.”

Then calls for @OANN and @Newsmax to be deplatformed. pic.twitter.com/X34oewb1oU

Stamos went on to suggest that social media companies collaborate together “in the same way they worked on ISIS.”

“There was a collaboration between the tech companies and law enforcement to make it impossible for them to use the internet to recruit and radicalize mostly young Muslim men at the same around the world,” he said. “Now we’re talking about the domestic audience in the United States.”

Meanwhile, Facebook is prohibiting ads for firearm accessories and will be removing content containing “Stop the Steal” verbiage as part of the platform’s pre-Biden inauguration policies.

Facebook announced: “We already prohibit ads for weapons, ammunition and weapon enhancements like silencers. But we will now also prohibit ads for accessories such as gun safes, vests and gun holsters in the US.”

They also noted: “We are now removing content containing the phrase “stop the steal” under our Coordinating Harm policy from Facebook and Instagram. We removed the original Stop the Steal group in November and have continued to remove Pages, groups and events that violate any of our policies, including calls for violence.”

The move comes as debate continues around the social media giant and its propensity to censor content it alone deems disagreeable.

Facebook made clear they will also not allow the platform to be used to share content regarding events being organized “in close proximity to locations including the White House, the U.S. Capitol building and any of the state capitol buildings through Inauguration Day.”

“I Can Tell You This, His Spirits Are High – He’s on Top of Everything” – Newsmax Host Greg Kelly Tells Audience About his Time with President Trump This Past Weekend