Joe Biden to give his first primetime National Address 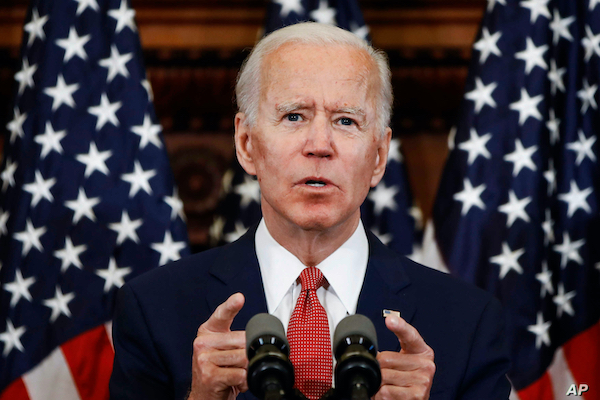 The address while specifically be about COVID as we cross the 1 year mark since the Chinese virus reached the United States. Despite COVID taking up almost all of the world’s attention for the past year, Biden clearly thinks we should be spending more time and energy on it.

“The president will deliver his first primetime address to commemorate the one-year anniversary of the COVID-19 shutdown on Thursday,” Psaki said during a press briefing.

“He will discuss the many sacrifices the American people have made over the last year and the grave loss communities and families across the country have suffered,” she continued.

White House Press Sec. Jen Psaki: “The president will deliver his first primetime address to commemorate the one-year anniversary of the COVID-19 shutdown on Thursday.” pic.twitter.com/hvXlRZqM6W

Biden’s address to the nation should be interesting to say the least considering he can’t seem to make it through any sort of speech without an embarrassing gaffe or stumble.

The situation surrounding Biden’s mental state is getting so serious that several members of the media are sounding the alarm.

While speaking with Author Mike McCormick, and National Pulse Editor-in-Chief Raheem Kassam on The War Room, host of the show Steve Bannon said it is time to get ready for the transition from President Joe Biden to Kamala Harris.

Bannon pointed to Biden’s current well being, saying that his “eyes are now dead,” also noting that Harris has had a relatively large role compared to previous vice presidents.

“Kamala Harris is printed up in playbooks, always there for these meetings,” Bannon said as he explained how Harris is involved with a large amount of meetings. “Pence was never that. That’s not the role of the vice president.”

WATCH the interview below:

Steve Bannon isn’t the only one who is sounding the alarm about Biden’s health.

Bongino explained that Biden’s health is worse than we thought as he “is in real significant trouble.”

“It was something I was getting from my sources,” Bongino said. “Sean, it gives me absolutely no joy in saying this. And I mean that. He is in real significant trouble, Joe Biden. And listen to me. everyone around him. Everyone knows it. Everyone knows it. This is the scandal that they’re not telling you – how bad his condition really is… I’m telling you from what I’m hearing from people in my network, everyone knows how bad it is. Everyone. It’s not a mystery, it is the worst kept secret in the White House.”

“That would be a cover-up,” Hannity said.