Gas Prices Soaring And Expected To Go Higher In Spring – THANKS BIDEN! 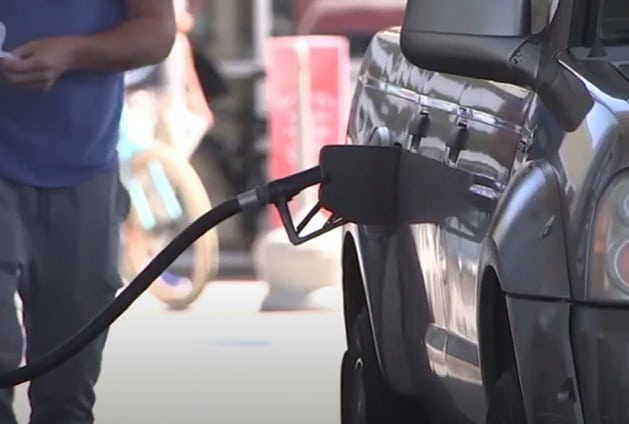 Under Trump, America achieved energy independence. This led to lower prices on heating fuel and Gasoline.

The week Biden took over, the first thing he did was shut down the Keystone Pipeline, killing thousands of jobs.

And now Gasoline prices are going up. And up.

Gas prices soaring and could go even higher by spring: Analyst

GasBuddy analyst Patrick DeHaan argued on Monday that the price at the pump is soaring due to increased demand coupled with the fact that the Organization of the Petroleum Exporting Countries (OPEC) “is not opening the spigot.”

DeHaan was referencing the fact that last week, OPEC leaders and their allies agreed to maintain production cuts for all countries except Russia and Khazakstan. The news caused West Texas Intermediate crude oil, the U.S. benchmark, to spike.

DeHaan provided the insight on “Mornings with Maria” on Monday, adding that he believes gas prices could increase even more by the spring.

He noted that “U.S. oil production is still over 2 million barrels lower than last year” and that “OPEC is continuing its production cuts, not increases.”

“Just in the last week alone after OPEC announced those extensions to the cuts, oil prices jumped another 12%,” he added.

This didn’t happen by accident. Biden made this happen.

Gas Prices Expected To Rise Over Next Few Weeks https://t.co/65Lnio8nRy

Gasoline prices are on a nine-week upward swing across the country, and there are few signs of relief.#ThanksBidenhttps://t.co/DAal6B8TdE

Biden and the Democrats don’t care about working American families. They care about their activist base.

3 thoughts on “Gas Prices Soaring And Expected To Go Higher In Spring – THANKS BIDEN!”