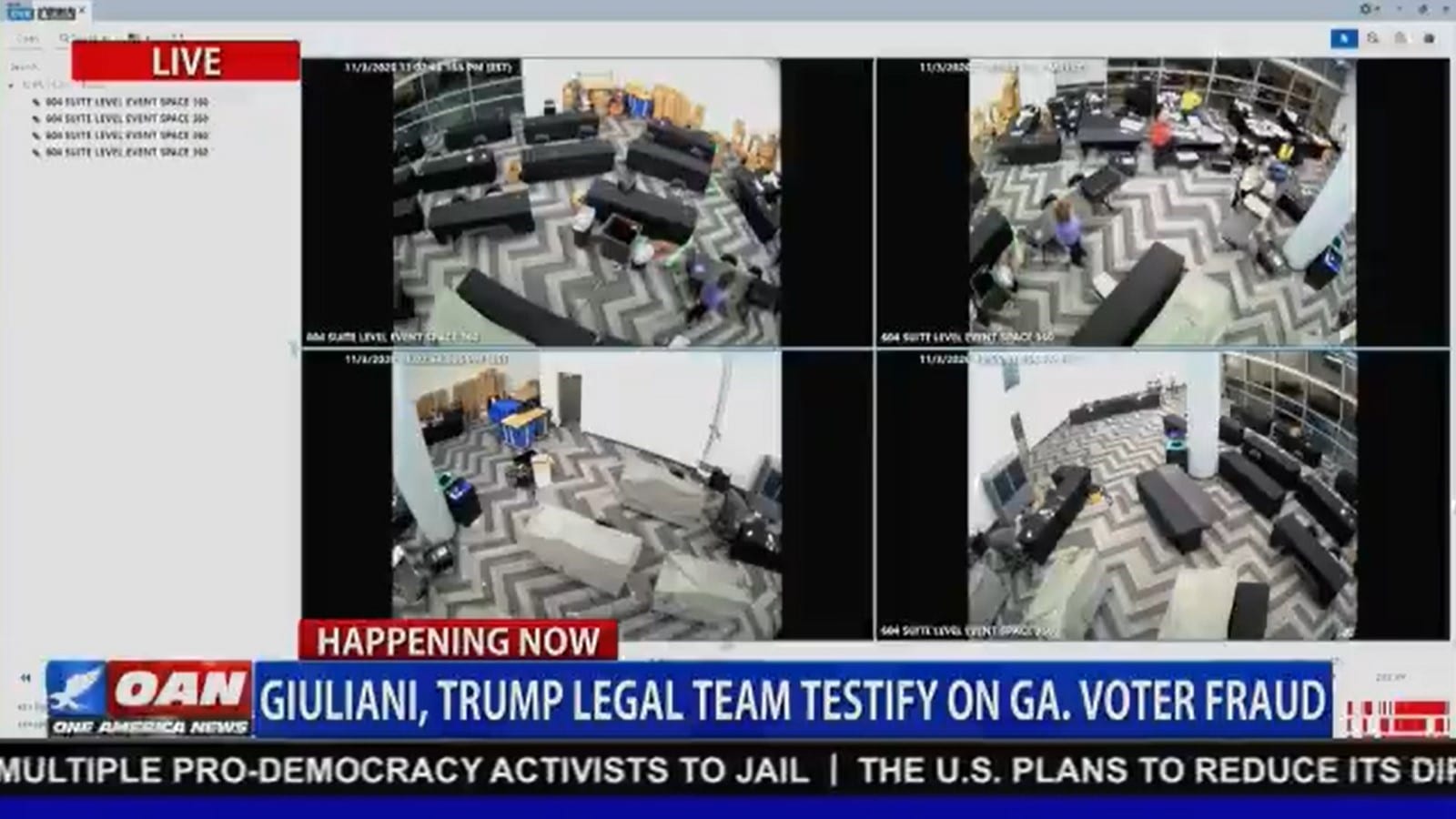 Trump’s legal team set the political world on fire by putting out videos claiming that suitcases were pulled out from underneath a table and counted after poll watchers were told to go home.

Of course, the Mainstream Press went into full damage control mode to try and downplay what happened.

It started with a left-wing fact-checker attempting to debunk it.

Election Wizard pointed out where this fell flat:

Part of the information used by LeadStories to “debunk” #SuitCaseGate contradicts national and local reporting from Election Night.

There was, in fact, a media announcement from Fulton County saying the counting would stop.

Fulton County officials told the media, apparently without explanation, that counting would stop at 10:30 pm on Election Night.

But counting did not stop. Five workers and a state observer reportedly stayed behind.

Whether partisan observers and the media misinterpreted the announcement as a directive to leave is debatable. But officials did tell the media counting was over…and then continued counting. pic.twitter.com/DXzbvEHhnz

After that, we had local media in Georgia attempting to dump cold water on it.

Now, according to the Mainstream Media, these ballots were not secretive or in suitcases. The news report shows video with Georgia’s election manager seemingly showing that they were not on in suitcases and that everyone knew about those ballots being there. That is fine. I have no reason to not believe that. If they have the evidence I have no problem believing it. This is missing the point.

As Independent Journalist Kyle Becker pointed out the Mainstream Media segment actually confirms a few major portions of this story:

My favorite kind of fact check *proves* the case instead of debunking it.

This corroborates:
1. Observers *were* sent home
2. Ballots were pulled from under tables
3. Ballots were illegally counted with no observer

They misleadlingly say that observers and press ‘left’ when they actually were sent home PER Fulton County: pic.twitter.com/iXf1Rwk9bH

Whether or not they are in suitcases and whether are not these were secretive are inconsequential at this point.

The real questions that need to be answered are surrounding why were poll workers sent home and if these ballots were accurately counted.

We also have the fact there was seemingly one of the biggest Biden vote dumps during this time.

Look at this picture from the Georgia video… HUGE SPIKE for Biden during the same time the suitcases of ballots started to be scanned. FRAUD. pic.twitter.com/sIbCL1yrht

I’d also like to point out that all of the Trump Team is still saying that these are suitcases. Do they know something we don’t?

As always we will bring you the truth and only the truth. It seems that the Mainstream Media has confirmed some of the major parts of “SuitcaseGate”.

The truth is all that matters.