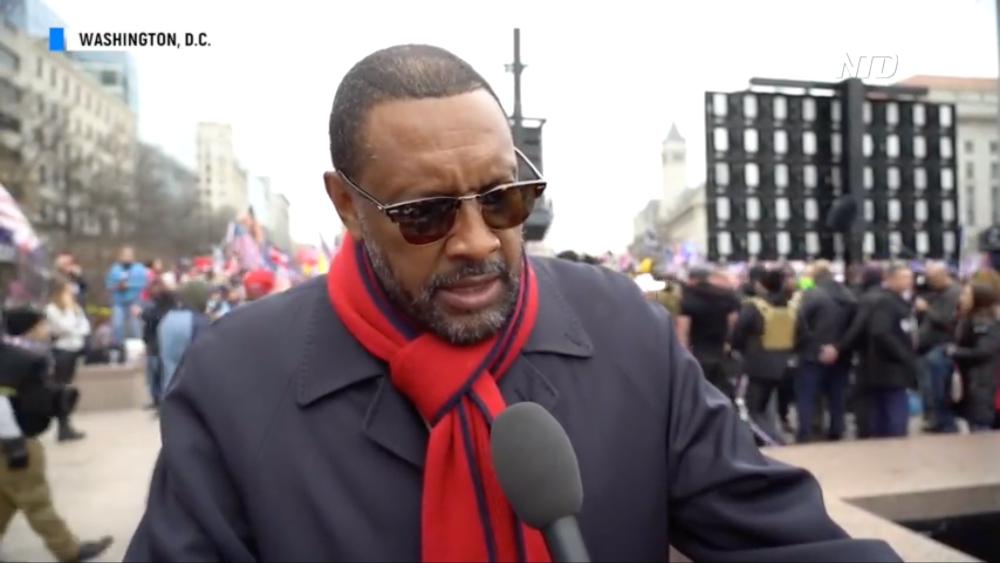 Like tens of thousands of other supporters of President Donald Trump, Georgia state Rep. Vernon Jones was in Washington, D.C., this weekend showing support for him amid swirling allegations of vote fraud and election irregularities.

And he also had a warning of sorts for the president’s political (and real?) enemies: You have just stepped in it big time.

The Epoch Times has more:

Tens of thousands gathered to join marches and rallies in Washington on Dec. 12, 2020, petitioning the government for fair elections and transparent counting. Similar grassroots protests took place every Saturday since the general election in capitals across the 50 states.

“And a lot of us here, we’re concerned about that but we’re letting them know we’re not backing down. We’re not going away,” he said. “What they’ve done is awaken a sleeping giant.”

“I’m surprised many of them haven’t stepped up to the plate and support this president, like this president supported this country, just doing the right thing and more importantly, standing up for, again, over 74 million people who said, ‘Look, we want to reelect Donald Trump,’” Jones added.

“In today’s environment, because of the left, many are afraid to step up,” Jones continued, a likely reference to the violence visited upon conservatives and supporters of President Trump by leftist anarchists. “We have the freedom and the right to support who we want to support, but now people are afraid to, even here in Washington with all these people.”

“We all know that when sun goes down, here comes Antifa and Black Lives Matter attacking innocent people who are marching on their state capitol, and they have a right to protest for their rights as well, but that’s not the American way,” he said, adding that Democrats should have denounced these groups and their tactics long ago (but haven’t because they agree with the intent behind them). Rather, “they are embracing socialism. We cannot be like Venezuela and other countries where you see socialism doesn’t work.”

Jones also expressed angst over the U.S. Supreme Court’s cowardly dismissal of the Texas lawsuit alleging that because of unconstitutional changes made to voting rules by four swing states, their voting results should have been tossed and state legislators tasked with naming electors.

“There are too many sworn affidavits, there are too many people who have felt like their rights have been infringed upon, their voting rights. And they want their case to be heard in court, that court being the highest court of the land,” Jones said.

That’s correct, of course. And to anyone who says otherwise, ask yourself this: Why is sworn testimony allowed in these very same courts but suddenly sworn affidavits (which are made under oath and penalty of perjury, the same as being in a courtroom) are not accepted?

We would never suggest that every allegation of fraud and irregularity is accurate. But the Trump campaign has more than 1,000 affidavits; what are the odds all of those people are wrong?