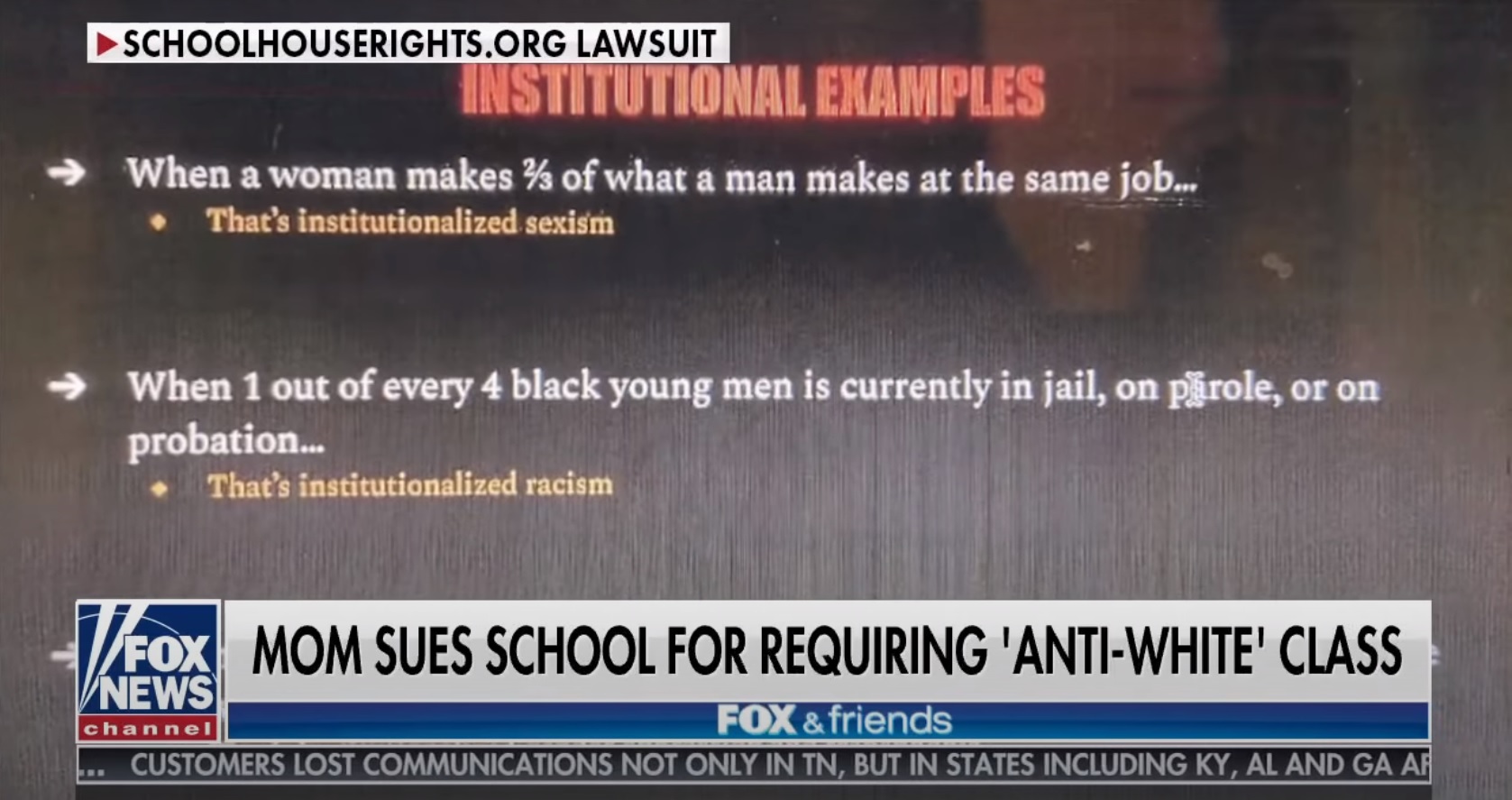 Gabrielle Clark is suing a Nevada charter school where her bi-racial son, who is a senior, was forced to take an “anti-white”  Sociology class. In addition to the school attempting to force her son to “unlearn Christian principles,” they were also asking her son to “reveal identities that are protected.”

Ms. Clark claims that her son was forced to answer questions about his racial identities as part of the class to determine if he was “privileged” or “oppressed” based on his skin color. She told Fox and Friends that her son was threatened with failing the class if he refused to participate.

Post Millenial reports – According to a crowdfunding website called Foundation Against Intolerance & Racism, William refused to label himself as ‘privileged’ and an ‘oppressor’ because he is mixed race.

The website states: “In the class, William, along with all the students, was asked to publicly reveal his race, gender, religious, and sexual identities, and then attach derogatory labels to those identities. Students were then asked to ‘undo and unlearn’ their “beliefs, attitudes, and behaviors that stem from oppression.”

According to the lawsuit, the Clark’s are seeking “monetary damages, including compensatory and punitive damages, for the damage done to William Clark’s future academic and professional prospects, and for the Defendants’ deliberate and protracted harassment, emotional abuse, and violation of Plaintiffs’ Constitutional Rights.”

How many more parents are seeing this same type of divisive “teaching” in their kid’s classrooms but are afraid to speak out over fear of being labeled a “racist” for objecting to the curriculum?

For the sake of our nation, parents need to speak up against the radical teachers and curriculums in our schools. We cannot let the Left hijack our children’s minds. Parents need to protect their children against being shamed for the color of their skin or gender; we owe it to the next generation to fight back against this indoctrination. Get involved—do something—you are the last line of defense against this evil.