More Than HALF Of Joe Biden’s Twitter Followers Are FAKE, Created In January, And Have Zero – Or Close To Zero – Followers 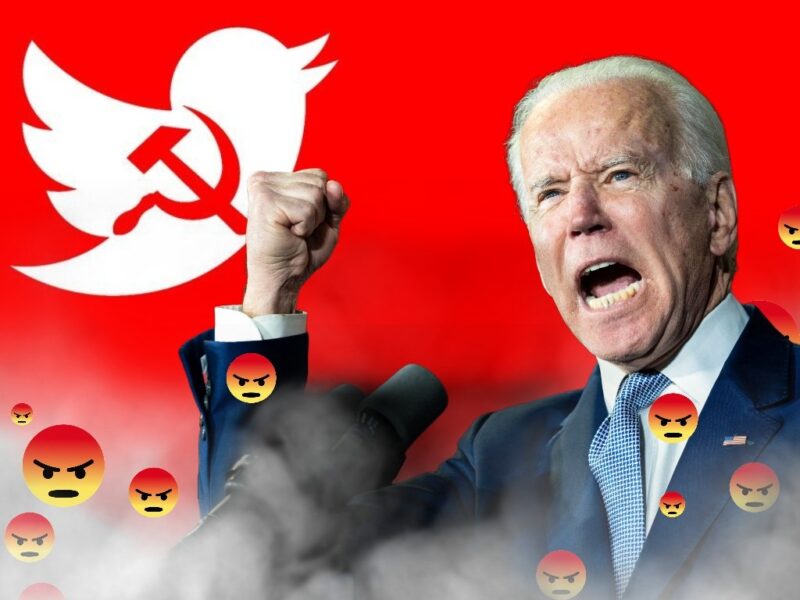 Big Tech and Team Biden are working feverishly to manipulate the public into believing the newly sworn in dictator is actually adored by millions.

More Than Half Of Joe Biden’s Twitter Followers Are Fake, Created In January, And Have Zero Followers

Twitter appears to be creating fake accounts to follow Biden and give his ostensibly dismal popularity a boost, in yet another pitiful attempt to convince the world that the scandal-plagued Democrat won the presidential election by an unprecedented and unrealistic 81 million American votes.

Twitter user Bre Wylde cautions, “Joe’s been getting 100,000 followers on twitter every day! Except they’re ALL FAKE!!”

“If you go to Joe Biden’s followers, I’d say at least 70 percent of them all joined [Twitter] in January and have zero followers,” she continues.

YouTube is also doing damage control for Biden. Oddly, the fake president’s purported popularity does not translate to enthusiasm for his speeches and events.

While the tech giants protect Biden from the people, a federal appeals court ruled Trump had violated the Constitution by blocking people from following his Twitter account when they mocked or trolled him.

The man who stepped to the podium during his inauguration, to address a mall void of life, earned more votes than any other presidential candidate in American history without campaigning and without any primary victories in his first two runs (in 1987 and 2008).

He achieved his unprecedented victory despite his 47-year history in politics that includes him inappropriately touching children in countless photos and videos, hanging with ardent segregationists and spearheading a crime bill that destroyed a generation of young black men of whom he insists are “super predators.”

He trounced Trump in 2020, despite losing historic numbers of immigrants, Hispanics and Asians, and black voters to the Republican candidate.

The 2020 election is the cleanest, fairest election in history. Nothing to see here, folks.

Update: The inauguration video has 4.3k likes and 47k dislikes at the time of writing.

NEW – Joe Biden's inauguration video is so unpopular that it is now "unlisted" on the White House's YouTube account.https://t.co/PnmXWaDGuy pic.twitter.com/M8xAlO1iAq

One thought on “More Than HALF Of Joe Biden’s Twitter Followers Are FAKE, Created In January, And Have Zero – Or Close To Zero – Followers”