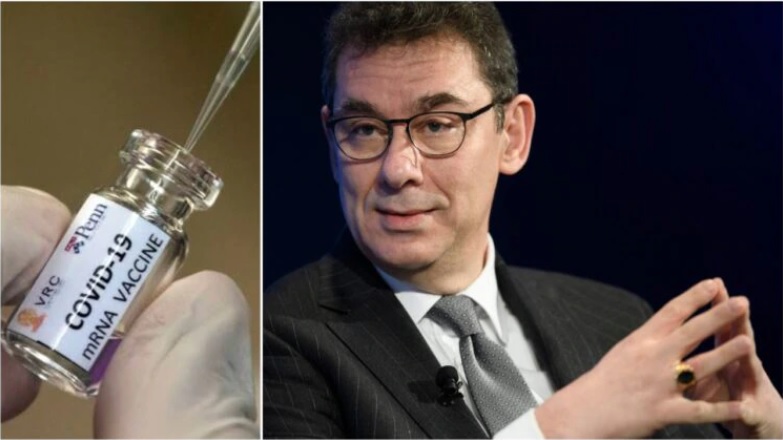 Pfizer CEO Albert Bourla has stated that a third COVID-19 vaccine shot will “likely” be needed after 12 months to stave off the virus.

In a predictable announcement, Bourla said that the public will keep having to line up for these experimental shots over and over again as Big Pharma racks up massive profits bolstered by a public crippled by media-generated fear.

“A likely scenario is that there will be likely a need for a third dose, somewhere between six and 12 months and then from there, there will be an annual revaccination, but all of that needs to be confirmed. And again, the variants will play a key role,” Bourla said to CNBC’s Bertha Coombs at an event with CVS Health.

“It is extremely important to suppress the pool of people that can be susceptible to the virus,” he added.

Big League Politics has reported on how the virus regime will become permanent and shots will be enforced through a wide variety of coercive measures made possible by technology:

California is a dystopian nightmare. pic.twitter.com/5nWEarQNoa

“There’s never been anything like this virus in our lifetime. Often, it’s hard to see the effects it’s having on our children,” the propaganda video states.

A kid’s voice is used to tug at the heartstrings of the viewer so they are more likely to comply with absurd mandates. California then introduced their new partnership with Microsoft, giving a massive globalist corporation access to a treasure trove of the biometric data from children – an apparent violation of the 4th Amendment of the U.S. Constitution – under the guise of safety.

“And, the moment vaccinations are available, you’ll simply be able to schedule yours through your daily pass. But the real magic is your daily health check. Just answer a few simple health questions everyday, and like magic, your entrance ticket appears,” the video adds.

The video then shows children being forced to comply with these invasive checks to be able to go to school, with folksy-sounding music in the backdrop to make the process of subjugation seem quaint and fun. A cheap emotional appeal involving children was placed at the end of the video to influence viewers broken by the cruelty of the scamdemic.

“So, how did it go?” the father asks the daughter in the video after picking her up from school.

“Dad, I have to admit I was scared at first, but then I felt so safe. It was so good to be back. Thanks for keeping me safe. I love you so much,” the daughter says in response.”

Soon, it will be impossible to participate in society without receiving these shots on a regular basis. The technocracy is taking shape, and the ramifications are going to be disastrous for public health and well being.