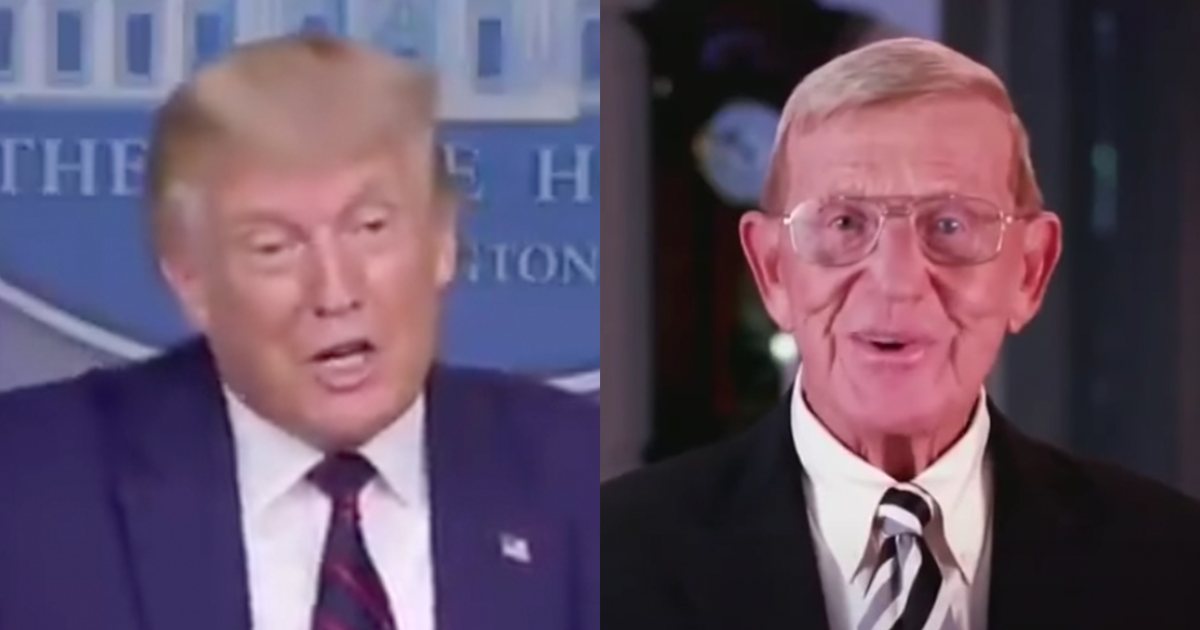 Holtz retired from coaching in 2004 and is a prominent supporter of the president; he spoke at the Republican National Convention in August and described Trump as an “outstanding leader.”

Trump said in September that he intended to award the Medal of Freedom, which is the nation’s highest civilian honor, to Holtz.

Holtz coached for 33 seasons at a number of colleges, including Notre Dame, North Carolina State and the University of Arkansas. He also spent one season in the NFL coaching the New York Jets.

Holtz’s team at Notre Dame won the national championship in 1988 after an undefeated season.

“America recognizes Lou Holtz as one of the greatest football coaches of all time for his unmatched accomplishments on the gridiron, but he is also a philanthropist, author, and true American patriot,” the White House said in a statement Wednesday.

Coach Lou Holtz: President @realDonaldTrump is the greatest President of my lifetime pic.twitter.com/s2pQzgKAr3

“It’s the highest honor or award you could possibly receive and I receive it with mixed emotions. First of all, I’m humbled,” Holtz told Fox News host Brian Kilmeade. “There are many more people far worthy than me I can assure you. Nobody is more appreciative than me. So, I’m excited to have this opportunity and at the same time, I’m excited to receive it from President Trump. The president I admire and respect. I think he did a tremendous job.”

He continued: “I’m sad he’s not going to be with us for another four years because he has done so much for this country and he really cares about it so I stand here very proudly to accept this award from President Trump.”

“I think we need him,” said Holtz, who was also battling the coronavirus last month. “It’s unbelievable what he went through for four years overall. The mischaracterization about Russia, Russia, Russia and the impeachment, etc. I mean he fought it for four years and what he did for this country was fantastic. He the COVID hurt the economy there’s no doubt about it but what he did was nothing short of amazing and I think he would definitely go down as one of the great presidents in my lifetime.”