Rep. Marjorie Taylor Greene: “I Had A Great Call With President Trump” 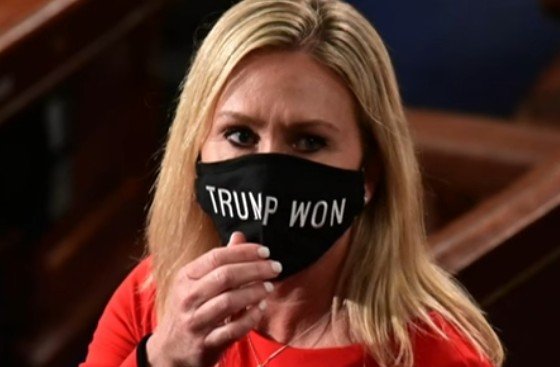 If you haven’t noticed Rep. Marjorie Taylor Greene has been bashed by every liberal news outlet for being a “crazy conspiracy theorist”.

Well, President Trump definitely took notice and decided to give encouragement to Rep. Greene in a phone call.

Rep. Greene after the call went to Twitter to say “I had a GREAT call with my all-time favorite POTUS, President Trump!”.

Our President isn’t in retirement mode, he’s just sitting from the sideline calculating his next big move.

I had a GREAT call with my all time favorite POTUS, President Trump!

The Republican congresswoman from Georgia just tweeted that she has the support of Trump and that she spoke with him this morning.

Fox Carolina covered the story, see what they had to share:

Rep. Marjorie Taylor Greene announced Saturday she had spoken with former President Donald Trump amid calls for her expulsion from Congress, saying she’ll “never apologize” as she faces backlash over controversial actions and recently resurfaced comments.

In a series of tweets, the Georgia Republican said she was “so grateful for (Trump’s) support and more importantly the people of this country are absolutely 100% loyal to him because he is 100% loyal to the people and America First.”

Right now Democrats are attempting to expel her from Congress over tweets about “conspiracy theories”.

At least 50 House Dems are now calling for Marjorie Taylor Greene to be expelled from Congress, censured or face other punishment, after she supported death threats and the execution of Speaker Pelosi.

The Wall Street Journal wasn’t silent, and dropped these details:

Rep. Marjorie Taylor Greene (R., Ga.) said Saturday she spoke with former President Donald Trump and has his support, as Republican Party leaders faced calls to punish the freshman congresswoman over her behavior toward colleagues and her past embrace of far-fetched conspiracy theories on mass shootings and other contentious subjects.

Mrs. Greene has come under criticism from members of both parties for her past comments and her reluctance to wear a mask to prevent the spread of Covid-19, including during the Jan. 6 riot at the Capitol. Democrats have called for her to be removed from her committee assignment, with some calling for her expulsion, which would require a two-thirds vote.

President Trump is very loyal for making this call, he knows by calling her the media will try to vilify him for it but Trump put all politics aside and did the right thing!

One thought on “Rep. Marjorie Taylor Greene: “I Had A Great Call With President Trump””