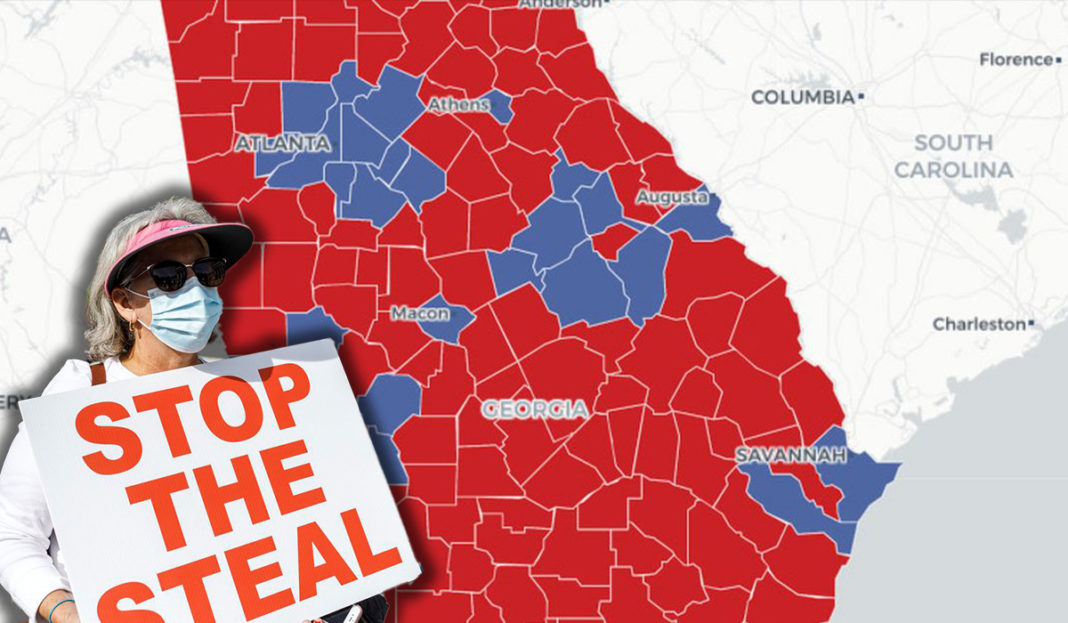 Former Data Chief and Strategist for Trump for President, Matt Braynard has discovered an alarming trend happening in Georgia.

Postal facilities like UPS and FedEx were apparently used to cast votes, with their addresses disguised as apartments.

I will release the full dataset for GA and PA with the package that includes the survey toplines, etc. pic.twitter.com/ifXe0SPKBk

According to Braynard, in Georgia nearly 100% of the voters who disguised a postal facility as their residential address voted absentee, with nearly zero voting on Election Day.

Even if it was legally allowed under federal law to use a PO box as a residential address for your ballot, most of the postal facilities found in the data do not even have post office boxes at their facilities.

Thus far, Braynard and his team have discovered nearly 1400 early and absentee voters who have registered their residential addresses to postal facilities.

– Prep for findings and conclusions complete. Video will go up tonight.

– In GA, nearly 100% of the voters who disguised a postal facility as their residential address voted absentee, with nearly zero voting on Election Day. REMARKABLE.

In a normal election year in any given state, hundreds or even thousands of absentee ballots get tossed for everything from late postmarks to open envelopes.

North Carolina rejected 546 ballots for just missing witness signatures in the 2012 presidential race. Virginia tossed 216 ballots in the 2018 midterms because they arrived in an unofficial envelope. Arizona discarded 1,516 ballots for nonmatching signatures the same year.

“At least 1.03 million absentee ballots could be tossed if half of the nation votes by mail. Discarded votes jump to 1.55 million if 75% of the country votes absentee. In the latter scenario, more than 185,000 votes could be lost in Florida, North Carolina, Pennsylvania, and Wisconsin – states considered key to capturing the White House.

In Georgia alone, it was predicted that over 100,000 absentee ballots would be rejected based on the normal percentage that are rejected in a normal year.

That’s not what happened.

Mail-in ballots in Pennsylvania so far this year have been accepted at almost 30times the rate predicted by historical rejection numbers, raising potential questions in a state in which Democratic challenger Joe Biden is maintaining a lead of just several thousand votes.

Reports about the rejection rate for mailed-in ballots in the general election suggest that it was lower than in 2016 —  perhaps a fraction of a percent, up to 30 times lower than absentee ballots in an election without mass vote-by-mail.