VIDEO: Leaked Audio Has Biden Admitting The Republicans Beat Them 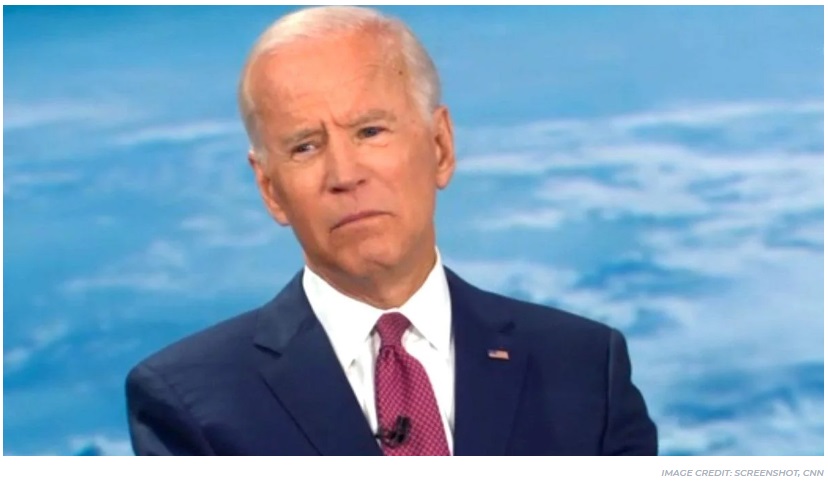 Through voter fraud and election meddling, Joe Biden and the Democrats have solidified their place in the White House. Even with the mounting evidence to support a rigged election, Biden secretly knows what took place on election night. Don’t believe me, let’s look at the facts. Most recently, leaked audio of Sleepy Joe Biden has him admitting that the Republicans beat the hell out of the Democrats when it came to the election and defunding police.

The audio which was secretly recorded during a session with civil rights leaders have Biden saying that the Republicans beat them. He literally says, “I also don’t think we should get too far ahead of ourselves on dealing with police reform in that, because they’ve already labeled us as being ‘defund the police.’ Anything we put forward in terms of the organizational structure to change policing, which I promise you will occur, promise you.”

As for what Biden is going to do about the police, he told civil rights leaders, “Just think to yourself and give me advice if we should do that before January 5th, because that’s how they beat the living hell out of us across the country, saying that we’re talking about defunding the police.” He would go further to clarify that he was NOT going to defund the police but, “hold them accountable.”

While Biden continues to act as if he won the election, Black Lives Matter is growing impatient as they have yet to garner a meeting with the President-elect. They claim that they single-handedly won him the election and that they demand a seat at the table.

What Biden and the Democrats have failed to realize is that they will have to confront the monster that BLM has become. It was the Democrats who first stoked the fire that is BLM, and now they want to act as if they don’t exist.

To make it all worse, the electoral college stood by the fake election and now Biden is officially our next POTUS. That is if his health stands up and the Democrats don’t push for Kamala Harris to take control of the Oval Office. No matter what the next four years bring, one thing is clear, Biden knows what really happened on November 3rd and how he became President.

This piece was written by Jeremy Porter on December 15, 2020. It originally appeared in DrewBerquist.com.

Let us know what you think below in the comments!

Sky News Pundit on Joe Biden: ‘Never Before Has the Leader of the Free World Been So Cognitively Compromised

Watch As Biden Does Complete Flip Flop On China Rhetoric

2 thoughts on “VIDEO: Leaked Audio Has Biden Admitting The Republicans Beat Them”

Are you having any trouble in navigating our site? Here is a list of our frequently asked questions…
Read More

Global climate engineering operations are not just a proposal, they have been an ongoing reality for over 70 years.
Read More

The Federal Reserve Went Down Today

Biden Accidentally Utters The “N” Word During Speech, Even Closed Captioning Picks it Up

The slip up was so bad that even the closed captioning picked it up.
Read More

‘Still in charge.’ Trump to claim total control of GOP

Trump's speech Sunday at CPAC in Orlando is designed to show that he controls the party, whether or not he runs in 2024.
Read More

Viewer trust in Fox News has plummeted among supporters of former President Donald Trump since he lost the 2020 election to President Joe Biden, according to a new poll.
Read More

According to a new Rasmussen poll, a majority of Americans want Congress to investigate COVID death totals.
Read More

Our categories and tabs.

The Federal Reserve Went Down Today

Feb 23, 2021
We use cookies on our website to give you the most relevant experience by remembering your preferences and repeat visits. By clicking “Accept”, you consent to the use of ALL the cookies.
Do not sell my personal information.
Cookie settingsACCEPT
Manage consent