‘WATCH YOURSELF’: Biden Reportedly Loses It While Discussing Business Dealings With Family Member 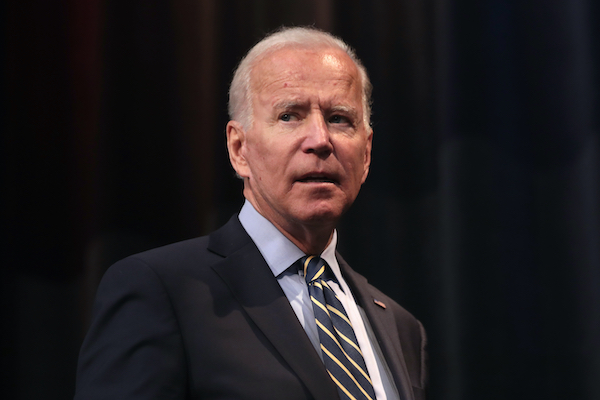 According to a new report, President Joe Biden reportedly told his younger brother Frank to “watch yourself” relating to his business dealings while Biden was running for president.

While Biden was campaigning, the former Vice President reportedly grabbed Frank, pulled him to the side and hammered him for not being careful with his business deals.

“For Christ’s sake, watch yourself,” Joe said while hammering frank. Joe Biden was referring to Frank’s business practices according to Politico. “Don’t get sucked into something that would, first of all, hurt you.”

Earlier this week, new reports came out showing Frank photographed in an advertisement for a law firm, touting his relation to President Joe Biden.

Frank is not an attorney, but he is listed on the website of the Berman Law Group in Boca Raton as a “senior adviser” to the firm. The president’s sibling touted his connection to the commander-in-chief in an inauguration day ad that appeared in Florida’s Daily Business Review, according to CNBC.

The Jan. 20 advertisement that Frank appeared in publicized a case the law firm is litigating against Florida sugar producers over controlled burns. The ad makes repeated mentions of Frank and Joe’s relationship.

“The two Biden brothers have long held a commitment to pushing environmental issues to the forefront; the president-elect has vowed to rejoin the Paris Agreement and wants to set ambitious greenhouse gas reduction targets, for example,” the ad says according to CNBC.

“My brother is a model for how to go about doing this work,” Frank said in the ad. “One of his central tenets is that one should never question another man’s or woman’s motives or assign blame to them. That way, you avoid creating a disparity that prevents any kind of coming together. You can of course question someone’s judgment, and that’s what we’re doing by bringing this to court.” …

Frank claims he has never used his relationship with Joe Biden to provide business for the law firm.

“I have never used my brother to obtain clients for my firm. Our firm has long been involved [with] this lawsuit. Social justice is something I have been involved in for years,” Frank said. “I will never be employed by any lobbyist or lobbying firm.”

“I learned yesterday for the first time that the U.S. Attorney’s Office in Delaware advised my legal counsel, also yesterday, that they are investigating my tax affairs,” Hunter said in a statement after it was revealed he was the subject of an FBI investigation. “I take this matter very seriously but I am confident that a professional and objective review of these matters will demonstrate that I handled my affairs legally and appropriately, including with the benefit of professional tax advisors.”

One thought on “‘WATCH YOURSELF’: Biden Reportedly Loses It While Discussing Business Dealings With Family Member”