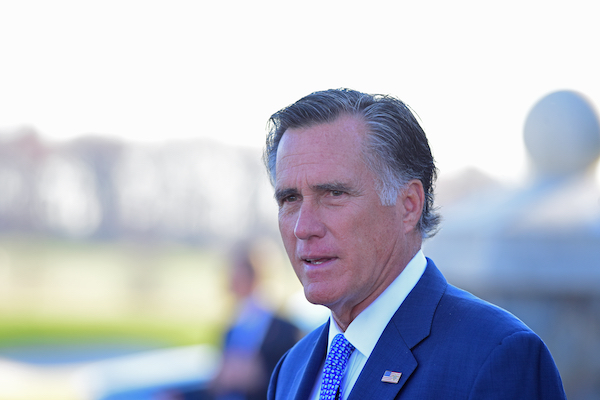 Former Vice President Joe Biden is already in a political pickle over another round of economic stimulus checks that are desperately needed by Americans who have suffered from coronavirus related lockdowns.

While now-former President Donald J. Trump insisted on the payments to be at least $2,000, he was undermined by senators in his own party including then Senate Majority Leader Mitch McConnell who after much resistance, agreed to $600 checks that went out in December.

Democrats like Georgia’s Raphael Warnock and Jon Ossoff ran on a promise of the larger payments and Biden indicated his support but now that he has been installed into the White House, he has been waffling as relief to Americans cuts into giveaways to foreign countries and special interests.

Now Biden is being thrown a lifeline by ten RINO senators led by the treacherous Susan Collins and failed Republican presidential candidate Mitt Romney who under the guise of bipartisanship are seeking to screw Americans out of their stimulus money.

In a letter to Biden, Collins and company called for a meeting with lunchbucket Joe to address “how we can work together to meet the needs of the American people during this persistent pandemic.”

Via The Hill, “Biden invites GOP senators to White House for relief talks”:

President Biden on Sunday invited a group of Republican senators to meet with him at the White House early this week after they proposed a more targeted economic relief package, but the administration gave no indication it is ready to budge from its original $1.9 trillion proposal.

“As has been widely reported, the President received a letter today from 10 Republican Senators asking to meet with him to discuss their ideas about the actions needed to address these crises,” White House press secretary Jen Psaki said in a statement. “In response, the President spoke to Senator Collins, and invited her and other signers of the letter to come to the White House early this week for a full exchange of views.”

Ten Senate Republicans, led by Sen. Susan Collins (R-Maine), proposed their own framework earlier Sunday for a COVID-19 relief package. Sen. Bill Cassidy (R-La.), another senator involved in the effort, said on “Fox News Sunday” that the outline of the GOP package would total $600 billion and include direct payments of $1,000.

The stimulus continues to shrink with only so many pieces of the pie to go around and Wall Street, greedy corporations, and poorly run blue states all in line for bailouts and has gone from $2,000 to $1,400 to $1,000 which will be “targeted” so that there is more of the pie for elite political benefactors and less for Main Street.

That Romney is also spearheading this scam should come as a surprise to nobody given that he made his money running a private investment firm that bought up small and midsized companies that were soon dismantled, destroying jobs in the process.

Any deal struck between Biden and the ten RINOs is unlikely to please anyone other than those on the receiving end of the graft and bailouts that any relief package will be stuffed with.