Wayne Allyn Root Blasts Twitter for Banning Him Without Explanation: ‘Soon They’re Coming for You’ 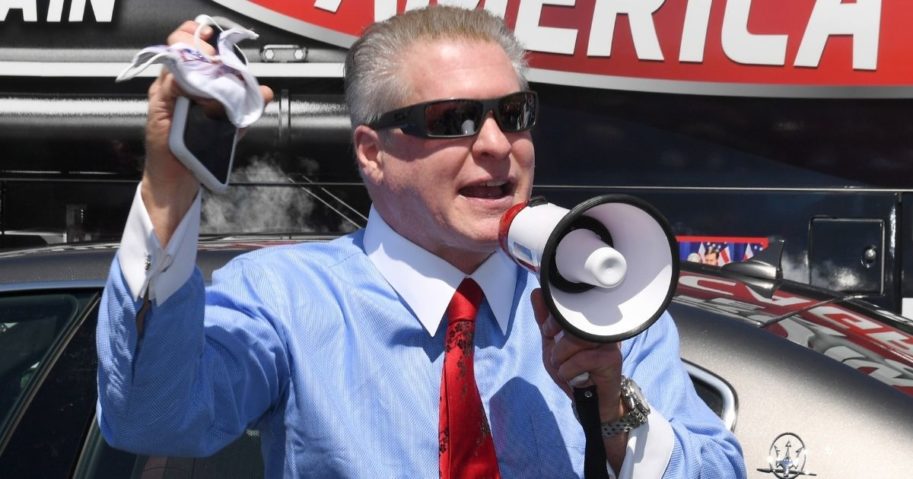 Twitter reportedly permanently suspended nationally syndicated radio talk show host Wayne Allyn Root over the weekend, and he still does not know the reason why.

Further, Root warned his fellow conservatives that they should take note because “they’re coming for you” next.

In a Wednesday interview with The Western Journal, Root said he received no notifications from Twitter that he was in violation of the social media behemoth’s policies, but discovered when he went to his account that his 120,000 followers had shrunk to zero.

The U.K. Daily Mail reported that it is not clear which posts prompted Twitter to ban both Root and Gateway Pundit founder Jim Hoft.

A Twitter spokesperson told the news outlet, “The accounts were permanently suspended for repeated violations of our civic integrity policy.”

Root surmised it may have been a video he shared from the Gateway Pundit.

“Within 24 hours of being banned, I was putting up tweets about the fact that there is now a video available online that shows vans pulling up in the middle of the night with the name of the Detroit city clerk on the outside of the van and boxes of thousands of ballots being offloaded and suddenly [Joe] Biden wins in the morning,” he said.

He argued people can differ and debate whether the vans showing up is actual proof of wrongdoing.

“You can say, ‘Wayne, I disagree with you about the proof. I don’t think a van showing up in the middle of the night outside the counting room means anything, even with the clerk’s name on the outside, with boxes of thousands of ballots.’”

“The one thing you can’t say is, ‘Wayne has no right to point it out,’” Root said.

The talk show host also speculated that what may have also led to his ban is tweeting about Biden and his family being “effectively owned by China.”

“Everything that Biden wants to do is hurting America and hurting the American economy and killing jobs and helping China become number one,” Root said.

“Look at his executive orders. Look at the order that says you’re not allowed to call it the China virus,” he added.

“And these are the kind of things that I say that I guess got me banned by Twitter. They don’t want you saying that America is owned by China,” Root said.

“And the fact that I’m banned for saying it shows America is owned by China.”

Root accused Twitter executives like CEO Jack Dorsey of using the commentator’s free labor and that of fellow conservatives to build the platform only to turn around and rob them of the benefits of their work.

He pointed out that he created his Twitter account in 2009 and worked over the next 12 years to build up his following, engaging on the platform for an estimated two hours a day.

“And then when the time came and they didn’t like your opinions or whatever you expressed, if it disagreed with them, they fire you and ban you and disappear you. That’s the really sick thing,” Root said.

“I made [Dorsey] rich. All conservatives made him rich. Without us working for him for free, he isn’t rich.”

Root highlighted the irony that this is happening during a Biden administration when former President Donald Trump’s critics consistently called him a Nazi and a fascist despite the fact that he never sought to squelch free speech.

“I know of no one that was ever banned [by the Trump administration]. I know of no call by conservatives to ban liberals from speaking, ‘They have no right to their opinions.’ And yet I’m banned and I have no right to my opinions,” the media personality and columnist said.

Root cautioned that while he’s the victim now, conservatives should take note.

“So I’m just telling you, they took me. Soon they’re coming for you.”

One thought on “Wayne Allyn Root Blasts Twitter for Banning Him Without Explanation: ‘Soon They’re Coming for You’”