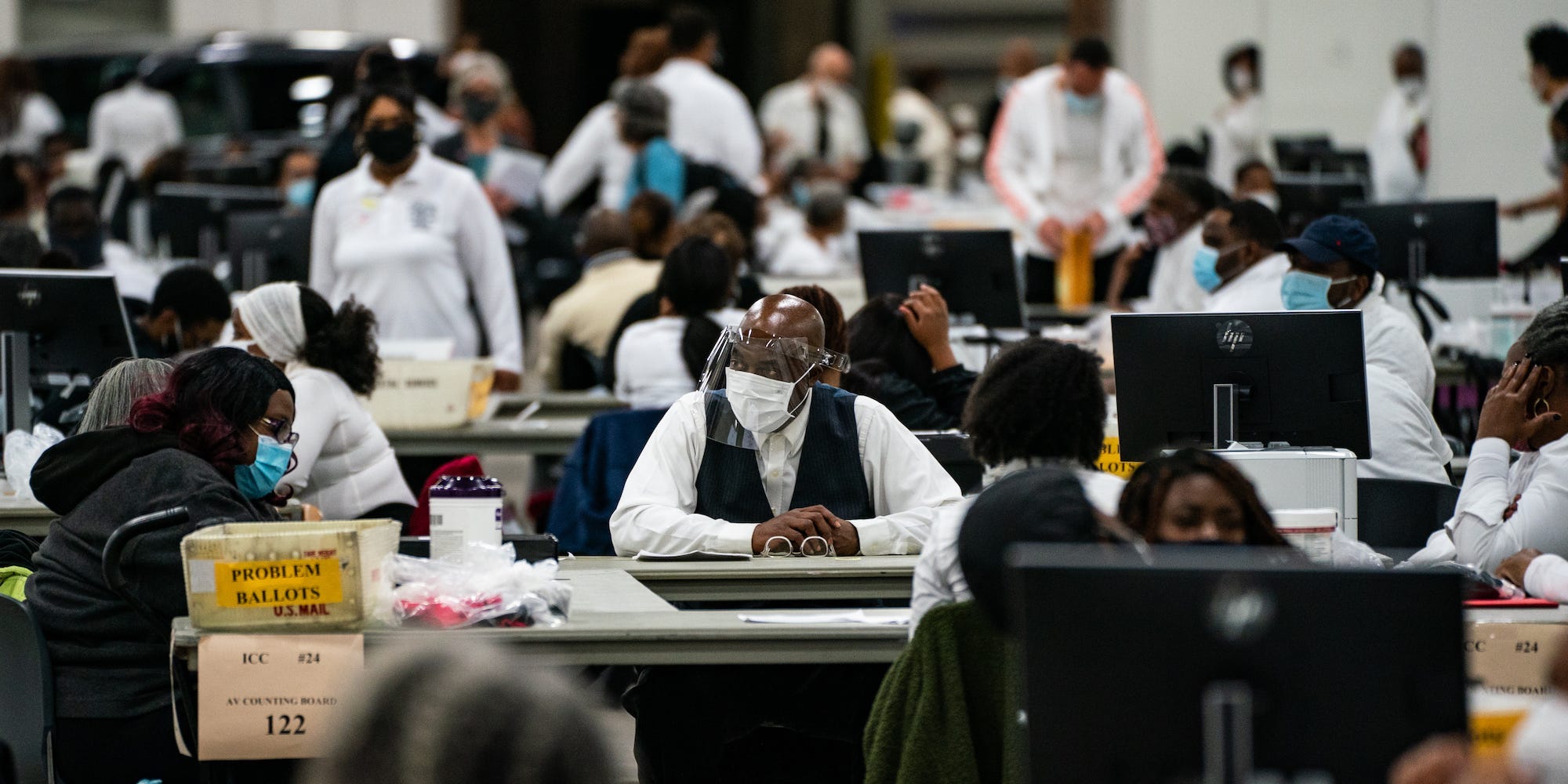 Michigan’s Senate Oversight Committee heard testimonies on Tuesday from witnesses concerned that there were counting irregularities and potential election violations in Detroit.

While Michigan already certified its election results showing Democratic Presidential Nominee Joe Biden as the winner of the state, voting irregularities in absentee ballot counting at the TCF Center in Detroit were a cause for concern for many.

Republican, Independent, and unaffiliated poll workers, watchers, election challengers, and others who filled out written statements and sworn affidavits were given three minutes to give their testimony to the committee as, in which many attested that the “hostile environment” the TCF Center not only hindered them from completing their duties, but also gave ample room for abnormal and suspicious activity.

“If I would have thought that it was gonna be that much of a madhouse against the GOP people, and it was so biased, I would have been there every day,” one unaffiliated poll challenger stated. “I was not there with an agenda. I was there to just do my job and they didn’t like that simply because I had a GOP lanyard on, even though I’m an unaffiliated voter.”

Inside the TCF Center, many challengers noted, was unorganized and understaffed chaos.

Dozens of witnesses claimed that they observed deliveries of ballots in the middle of the night after ballot arrivals were supposed to end, people bubbling blank ballots in for Democrats, duplicate ballots being misplaced or wrongfully placed under boxes, all while poll challengers were forced to stand so far away from tables that they could not see the tabulation screens.

One witness testified that the computers used to help tabulate votes at the facility displayed error codes signaling that updates were overdue. The computers also allegedly displayed different and inconsistent times on the screen.

Some challengers said they were harassed and sometimes kicked out over alleged violations of COVID-19 guidelines such as social distancing and mask-wearing, which were often met with affirmative cheering and applause from election workers in the facility.

These coronavirus health and safety protocols, many of the witnesses said, were selectively applied to Republican poll challengers while other election workers were allowed to sit and stand closer than six feet.

“They used it as an excuse from the minute we walked in,” one poll challenger said. “It was an excuse to throw people out.”

Some witnesses complained that certain election workers were illegally wearing political statements such as “Black Lives Matter” masks and pro-Biden paraphernalia on their shirts, masks, and other clothing items, despite being warned not to.

When some of the poll challengers tried to file complaints about these observed irregularities, they were left on hold and received no response from any election officials or complaint hotlines.

These irregularities and problems, many of the poll challengers and watchers said, are not only concerning, but should push state senators to require a forensic audit of the ballots in Wayne County.