National Guard Washington DC: Military Occupation of the Capitol to Continue Through Fall 2021 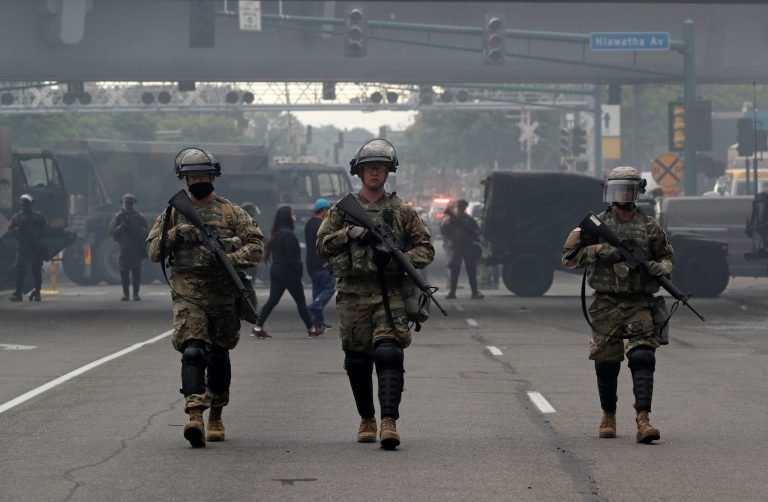 The National Guard troops in Washington DC were supposed to be gone after Biden’s inauguration.

Joe Biden’s Administration Must Be Terrified of the American People

Then after the impeachment sideshow.

But it appears the goal posts have been moved once again.

Through a leaked email, it appears plans are in place to keep the National Guard in D.C. into summer and fall 2021.

So, our nation’s capital is a glorified military fortress now.

A leaked email suggests that there are plans to keep the National Guard in Washington DC beyond the previously discussed deadline of March 12th, and throughout the Summer AND Fall.https://t.co/7zGpJsswb2

Congress has never received a briefing on #FortPelosi. The military occupation of the nation’s Capitol needs authorization, a reasonable justification, and a defined exit strategy – or it needs to end swiftly. https://t.co/eHsOMJ4ILl

It should seriously make you wonder what it is they are protecting themselves from… 🤷 https://t.co/srWMtnZZIP

National Guard to stay in Washington DC thru Fall 2021

And guess who’s footing the bill?

You, me, and the rest of the American People!

Our hard-earned taxes at work folks.

An internal e-mail obtained by FOX 5 reveals members of the National Guard might still be in D.C. through the Fall of 2021.​ https://t.co/fwneEIRSjP

Robert Salesses, assistant secretary for homeland defense and global security, wants to know how many national guard troops can be kept in DC for an extended period — “at least though Fall 2021” https://t.co/sn90EQstkf

What valid reasoning could they have for keeping thousands of troops around the Capitol for that long?

It just seems like more useless optics to fearmonger the public that there’s an impending threat to “domestic terrorists.”

But it’s all the sideshow and waste of tax money.

National Guard to stay in Washington DC thru Fall 2021

The National Guard could stay in Washington, D.C. for the next several months, with an internal email indicating troops could be on the ground in the U.S. capital until Fall 2021, according to a recent report.

An internal communication obtained by local affiliate FOX 5 DC shows the National Security Council has asked the Department of Defense (DoD) to coordinate plans with the U.S. Capitol Police for continued deployment beyond the previously set March date.

Senior defense officials told Fox News’ Jennifer Griffin on Monday the email was part of “internal deliberations” and “no decisions have been made.”

According to FOX 5, the law enforcement agencies will convene on Wednesday to discuss the matter further.

Spokespersons for the U.S. Capitol Police and D.C. National Guard (DCNG) did not immediately respond to Fox News’ request seeking comment on Monday.A DCNG rep told FOX 5 the National Guard “is conducting prudent planning for the eventual end of the security mission and the return of its Soldiers and Airmen to their home stations.”Officials have estimated the total cost for the National Guard deployment in D.C. to be nearly $450 million.

Video: Patriots invited by Trump to return to Washington for Joe Biden’s inauguration

3 thoughts on “National Guard Washington DC: Military Occupation of the Capitol to Continue Through Fall 2021”