Not Done Yet! Trump Signs Presidential Memo To Give America A Huge Boost 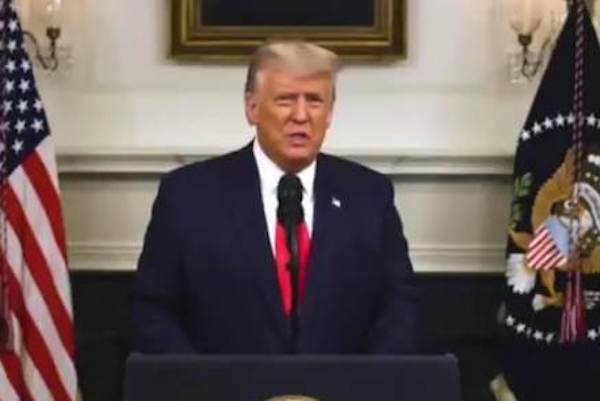 President Donald Trump is still working for the benefit of the American people even as he only has a handful of days left as President of the United States.

On Thursday the president signed a presidential memorandum that intends to secure U.S. government-supported research and development against foreign interference and exploitation, the Epoch Times reported.

“America must remain the world’s leader in S&T during this era of great power competition, and today’s signing builds on the long and successful history of actions taken by President Trump to protect American technology from adversaries. This whole-of-government approach to R&D security will protect America’s technology and innovation advantage.  Whether in trade, military cooperation, or S&T research, President Trump refuses to let other countries take advantage of America,” it said.

In 2017 the president said that protecting research and development was a priority for his national security strategy.

“America will strengthen its capabilities across numerous domains — including space and cyber — and revitalize capabilities that have been neglected,” the president said in his 2017 statement.

“We will rejuvenate the American economy for the benefit of American workers and companies, which is necessary to restore our national power,” the president said in the document.

“To succeed in this 21st-century geopolitical competition, America must lead in research, technology, and innovation. We will protect our national security innovation base from those who steal our intellectual property and unfairly exploit the innovation of free societies,” the president said.

“America will use its energy dominance to ensure international markets remain open, and that the benefits of diversification and energy access promote economic and national security,” he said.

It was far from the only important part of his plan. Another national security initiative was to achieve peace through strength, not leading from behind as was the plan of former President Obama and his Vice President Joe Biden.

“America will use all of the tools of statecraft in a new era of strategic competition—diplomatic, information, military, and economic—to protect our interests,” the president said.

“America will strengthen its capabilities across numerous domains — including space and cyber — and revitalize capabilities that have been neglected,” he said.

We do not know if the president will campaign again in 2024, but what we do know is that he is closing out his time as president by doing what he has done since he was elected. He is keeping his promises.

6 thoughts on “Not Done Yet! Trump Signs Presidential Memo To Give America A Huge Boost”