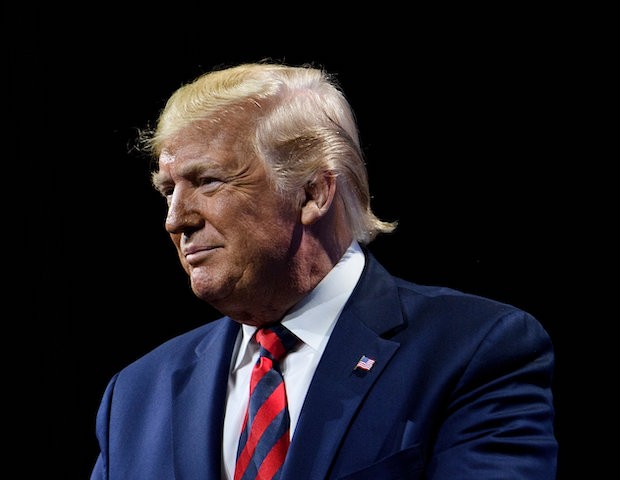 A pitch to formally honor the 45th President of the United States is drawing attention on both sides of the aisle. Loychik announced his intention to rename Ohio’s Mosquito Lake State Park after former President Trump on Saturday evening, posting a press release on Twitter.

The left is trying to cancel President Trump but we won’t let them win!

“This legislation is meant to honor the commitment and dedication that our 45th President of the United States, Donald J. Trump, bestowed upon the great people of Trumbull County,” Loychik declared in the statement. “I witnessed the unprecedented and astounding support that President Trump received from constituents across the 63rd District and on Mosquito Lake State Park.”

This enthusiasm for our former president was also historic throughout the state of Ohio last November as he pushed for initiatives and policies that was very well-received with my constituency and the state. I will soon be introducing this bill to recognize the triumphs Trump brought over the last four years to this great nation and the Buckeye State.

Republican candidate for the United States Senate Jane Timken threw her support behind the idea on Twitter Monday morning. “Ohioans know that the policies of President Trump put Ohioans first and this is a great way to recognize that fact,” she said.

Timken is currently running to represent Ohio as a U.S. Senator, to “fight for the Trump agenda, stop socialism dead in its tracks and be a champion for all Ohioans.”

Democrat State Rep. Michael J. O’Brien, was less impressed, telling the Tribune Chronicle he was “absolutely blindsided” by the idea. “Why would you name a lake after the only president in U.S. history to have been impeached twice?” he asked. While he acknowledged the park’s current moniker “isn’t a positive name,” he believes Loychik’s proposed renaming “would create political turmoil,” and suggested alternatives.

“In the event there would be a name change, it would be disrespectful [not to consider] famous former residents of Trumbull County like President William McKinley, Clarence Darrow, and the Packard Brothers, just to name a few,” he said.

Democrat state Rep. Rich Brown doubled down, taking to social media with his own criticism of both Loychik’s bill and Trump himself. “Ohioans’ are struggling with an addiction crisis, economic disruption, and a pandemic that the other guy said would disappear just like magic,” he said, calling the legislation an attempt by Ohio House Republicans at “flattering the Insurrectionist in Chief.”

It is unclear how much support Loychik can rally in his efforts to honor Trump’s time in the Oval Office. “I have more exciting news to come on this initiative,” he promised in the announcement. “Stay tuned!”