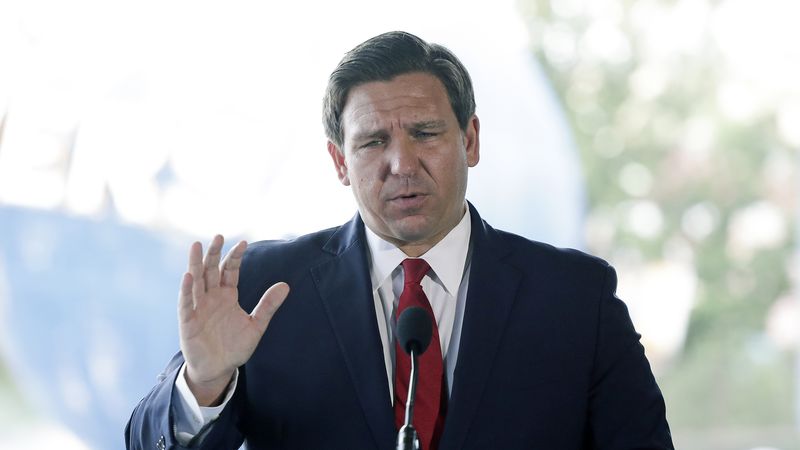 During his introduction of Florida’s badass governor, CPAC Chairman Matt Schlapp explained that his organization moved their conference to Florida after it was deemed “too dangerous” to hold the conference in Washington DC.

After he was introduced, Governor DeSantis welcomed CPAC attendees, telling them, “For those of you who aren’t from Florida—Welcome to our oasis of freedom!”

“We are an oasis of freedom in a nation that’s suffering in many parts of the country under the yoke of oppression,” DeSantis proclaimed, as he criticized leftist Democrat governors for locking down their citizens, while Florida remained open for business. DeSantis explained why his plan was successful, while governors of lockdown states failed their citizens and their economies, “Florida is leading in protecting its vulnerable citizens, saving the economy, and safeguarding the freedom of our people In Florida, schools are open!  Every Floridian has a right to earn a living and all businesses have a right to operate.” DeSantis explained how they haven’t touched a penny from their rainy day fund to lockdown his state, yet Florida citizens have “lower per capita COVID mortality than other states.”

DeSantis summed up his handling of the Chinese pandemic in one sentence: “Florida got it right, and the lockdown states got it wrong.”

Florida got it right when it comes to the integrity of our elections, reminding everyone of how crooked elections were in Florida when he was elected as governor.

When I came into office, I didn’t wait for a crisis, I took early action to make sure we had a smooth election.  When I took office in 2018, one of the first things I did, was accept the resignation of Brenda Snipes and remove the supervisor of elections in Palm Beach County.  DeSantis told the crowd he rejected pressure to mass mail unsolicited absentee ballot applications, and they still managed to count over 11 million votes.

DeSantis once again called out Facebook Mark Zuckerberg and other social media bullies. The bold governor slammed their censorship tactics and put them on notice, saying, “In Florida, we are not gonna let terms of debate in our country be set by oligarchs in Silicon Valley!”

“We cannot, we will not go back to the days of the failed establishment of yesteryear!”

DeSantis also honored his good friend Rush Limbaugh, calling him “one of the greatest field generals,” explaining that the state of Florida flew their flags at half-staff to honor the man who was first in the fight against cancel culture. “Rush warned” that conservatives need to know “they will be smeared” by the Left for standing up for what is right, DeSantis told the crowd, explaining that now, more than ever, they need to “hold the line,” telling them, “Don’t ever, ever back down!”