Trump To Start His Own Social Media Platform? 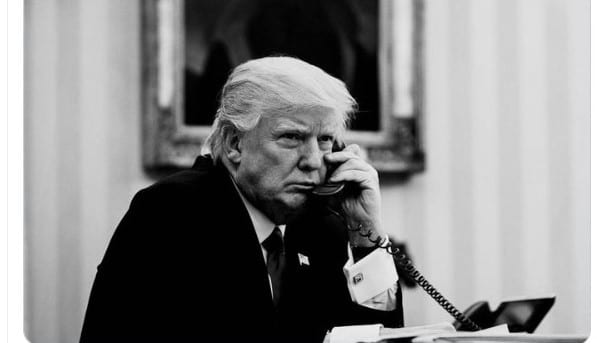 During an interview with Breitbart News, Former Senior Adviser for former President Donald Trump said that he may launch his own social media platform.

Jason Miller, a senior adviser to former President Donald Trump, revealed on Saturday that the former president is considering launching his own social media platform in the not-too-distant future.

The news, which comes after Trump was banned permanently from Twitter and indefinitely from Facebook, came during Miller’s appearance on Breitbart News Saturday on SiriusXM 125 the Patriot Channel.

“I would expect that we will see the president reemerge on social media,” Miller said when asked what Trump plans to do next. “Whether that’s joining an existing platform or creating his new platform, there are a number of different options and a number of different meetings that they’ve been having on that front. Nothing is imminent on that.”

Asked about what a Trump social network—called something like “Trumper” or something similar—would look like, Miller was circumspect but said the former president is considering both joining existing new platforms or launching his own competitor to the tech giants in Silicon Valley.

“All options are on the table,” Miller said. “A number of things are being discussed. Stay tuned there because you know he’s going to be back on social media. We’re just kind of figuring out which avenue makes the most sense.”

We reported earlier that reports have also surfaced claiming Trump might make a deal with Parler:

Deal Between Trump And Parler Coming?

So, at this point literally, anything can happen.

At this point, it seems that Trump doesn’t even know what path he will take.

I have a feeling after this impeachment trial we will see official decisions being made on this issue.

One thought on “Trump To Start His Own Social Media Platform?”