Within two months, America will know whether or not Donald Trump is returning to office 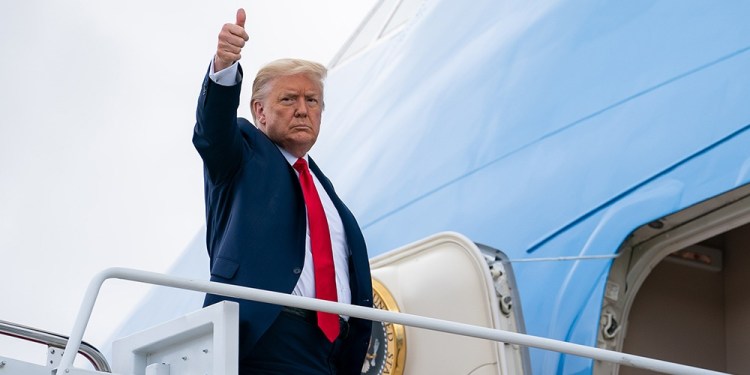 CDMedia spoke the other day with former Overstock.com CEO Patrick Byrne who stated that he believes the world will know within the next two months whether or not Donald Trump is returning to the White House to oust Joe Biden.

Byrne has been leading a cyber investigative team that includes numerous well-known “patriots” who have been fighting to overcome the coup that was perpetrated on the American people by the Biden regime.

“We have irrefutable proof,” Byrne says. “It is shocking what happened and who was involved. The information will all come out over the next few weeks. No one will be able to say this is not true.”

When asked about MyPillow CEO Mike Lindell’s recent comments about Trump being fully back in office by August, Byrne said that “that’s Lindell being Lindell.” At the same time, Lindell’s proposed scenario is not necessarily out of the question.

“This information is so earth-shattering that, yes, it is possible Trump could be back in the White House by the fall,” Byrne says. “We will reveal the truth. The remedy is up to the American people.”

Is QAnon behind the hype or is there really something to this?

Back in February, Byrne published a book outlining the “irrefutable proof” of which he speaks.

Byrne is selling the book for $4.99 for those interested, otherwise the gist of it all will likely be revealed in the coming weeks. Byrne claims to have spent around $1.5 million gathering the information compiled in the book, hence why he is selling it rather than just giving it away.

“I started off expecting simply to put it up online for free as a pdf,” Byrne explains. “A friend convinced me otherwise that it will mean more to more people if it has a price, both domestically and around the world.”

“I accepted his argument. But I priced it as low as a serious book can go. And just so you know, the activities mentioned in this book cost me about $1.5 million, and the 15 year DeepCapture project has cost me about $40 million.”

Since we have all heard this before and seen nothing come of it, time will tell as to whether there is something to it this time. Many seem to be riding the QAnon wave of hopeful expectations and perhaps this is all just Byrne and Lindell trying to manifest what they hope will happen.

The truth is that the American people already seem unwilling to do much about the election fraud evidence that has already been revealed to them. Even if more comes out as Byrne is saying, will anyone care? Will there be any actual remedy if the court systems fail to take it seriously?

“Your reassurance that ‘… a few weeks’ will show manifests to this reader that your intentions herein are clickbait to increase eyeballs,” wrote one skeptical CDMedia commenter.

“Why you choose to justify your clickbait with more hopium, in a reply to allegations of clickbaiting, is beyond me, other than a Freudian slip exposing your clickbait intent. Why not just admit that you need more eyeballs and this headline will bring more eyeballs than otherwise?”

On the other hand, another commenter wrote that if it can be proven that foreign interference resulted in Hunter’s dad stealing the election, then “his election can be overturned and everything he signed is null and void.”

You can keep up with the latest news about the fraudulent 2020 election by visiting Trump.news.

Sources for this article include:

2 thoughts on “Within two months, America will know whether or not Donald Trump is returning to office”