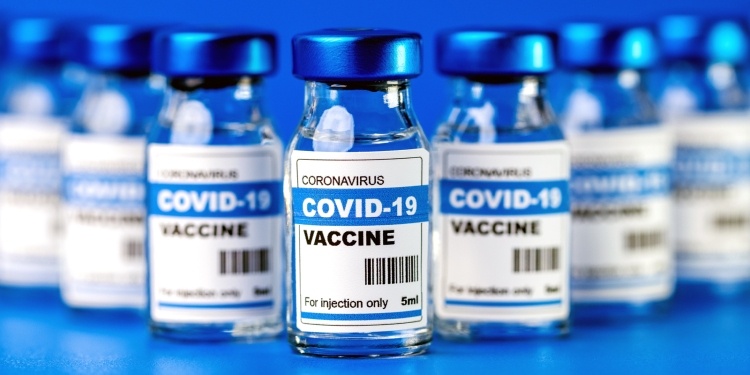 Data released today by the Centers for Disease Control and Prevention (CDC) on the number of injuries and deaths reported to the Vaccine Adverse Event Reporting System (VAERS) following COVID vaccines showed 38,444 reports of adverse events since Dec. 14, 2020.

On March 8, The Defender contacted the CDC with questions about how the agency is investigating reports of deaths and injuries after COVID vaccines. We provided a written list of questions asking the status of investigations on deaths reported in the media, if autopsies are being done, the standard for determining whether an injury is causally connected to a vaccine and the known issues with VAERS — namely whether healthcare providers are reporting all injuries and deaths that might be connected to the COVID vaccine, and what education initiatives are in place to encourage and facilitate proper and accurate reporting. We asked for a reply within two days.

As of today, 11 days later, the CDC has not answered our questions. Instead, when we call them, they respond saying, “they have received our email, they will escalate it and it is in the system.” When we asked if we could speak with the person reviewing the email, we were told that information could not be provided. When we emailed them to follow up, we received no response.

Every Friday, VAERS makes public all vaccine injury reports received by the system as of Friday of the previous week. The 34,444 adverse events reported between Dec. 14, 2020, and March 11 include 1,739 deaths and 6,286 serious injuries.

This week’s data included reports of 478 cases of Bell’s Palsy. Of those, 66% of cases were reported after Pfizer-BioNTech vaccinations — almost twice as many as reported (36%) following vaccination with the Moderna vaccine.

The first Johnson & Johnson (J&J) COVID vaccine was administered in the U.S. on March 2. As of March 11, nine anaphylactic reactions associated with J&J’s vaccine had been reported to VAERS. As The Defender reported earlier this month, the J&J vaccine contains polysorbate 80, known to trigger allergic reactions, The Moderna and Pfizer vaccines contain polyethylene glycol (PEG), also known to trigger anaphylactic reactions.

In the U.S., 98.2 million COVID vaccine doses had been administered as of March 11.

VAERS is the primary mechanism for reporting adverse vaccine reactions in the U.S. Reports submitted to VAERS require further investigation before a causal relationship can be confirmed.

For the most part, today’s data reflect trends that have emerged since The Defender first began tracking VAERS reports related to COVID vaccines.

The average age of death reported remains 77.9, however the youngest reported death this week dropped from 23 to 18. According to VAERS, the teenager developed fatigue, body aches and a headache one day after receiving the Moderna vaccine on March 3. On March 5 he complained of chest pain, and died in his sleep later that day.

The latest data also includes the report of a 22-year-old woman with a “significant, lifelong underlying medical condition” who died 24 days after the vaccine.

According to the CDC’s website, “the CDC follows up on any report of death to request additional information and learn more about what occurred and to determine whether the death was a result of the vaccine or unrelated.”

To date, the only information the CDC has published related to the investigation of COVID vaccine-related deaths and how those investigations were conducted is a COVID-19 Vaccine Safety Update via the Advisory Committee on Immunization Practices (ACIP) published on Jan. 27.

The safety update analyzed only the 198 reported deaths that occurred within the first month after the first COVID vaccine was administered in the U.S. It is unknown whether the CDC has investigated any of the 1,541 reported deaths since or, if investigations were conducted, what the results showed.

On March 16, The Defender reported that more than 20 countries suspended use of AstraZeneca’s COVID vaccine after reports of blood clots, some resulting in death, in healthy people who received the vaccine. The World Health Organization (WHO) said an ongoing analysis by its vaccines advisory committee had not established a causal link between the vaccine and blood clots and that countries should keep using it.

On March 18, the European Medicine Agency (EMA) released the results of its investigation into the AstraZeneca vaccine. The EMA said Thursday the vaccine “may be associated with very rare cases of blood clots,” but the agency still considers it to be “safe and effective” and countries should continue to use it.

The EMA determined AstraZeneca’s vaccine was not associated with an “overall risk” of blood clots in those vaccinated and there was no evidence of a problem related to specific batches of the vaccine or manufacturing sites, The Defender reported.

According to Reuters, about a dozen countries resumed use of AstraZeneca’s COVID vaccine today, including Germany, Indonesia and France as EU and British regulators said the benefits outweighed any risks of potential blood clots. AstraZeneca’s vaccine is not yet approved for emergency use in the U.S.

On March 18, The Defender reported Pfizer’s chief financial officer told analysts and investors during a recent earnings call that the company plans to turn its COVID vaccine with German company BioNTech into an even bigger cash cow once the pandemic ends.

Pfizer’s vaccine is already the second-highest revenue-generating drug in the world. The vaccine maker expects revenues of $15 billion in 2021 based on current contracts for its COVID vaccine, but that number could double as Pfizer says it can potentially deliver 2 billion doses this year.

Leaked documents obtained as a result of a cyberattack on the EMA and reviewed by The BMJ revealed regulators had major concerns over unexpectedly low quantities of intact mRNA in batches of the Pfizer’s COVID vaccine developed for commercial production, as reported this week by The Defender.

A leaked email identified “a significant difference in % RNA integrity/truncated species” between the clinical batches and proposed commercial batches — from around 78% to 55%. Pfizer was not manufacturing vaccines to the specifications expected, and the impact of this loss of RNA integrity on safety and efficacy of the vaccine was not identified, according to the email. The EMA responded by filing two “major objections” with Pfizer, along with a host of other questions it wanted addressed. It’s unclear if the agency’s concerns were satisfied.

Children’s Health Defense asks anyone who has experienced an adverse reaction, to any vaccine, to file a report following these three steps.

Jul 18, 2021
We use cookies on our website to give you the most relevant experience by remembering your preferences and repeat visits. By clicking “Accept”, you consent to the use of ALL the cookies.
Do not sell my personal information.
Cookie settingsACCEPT
Manage consent