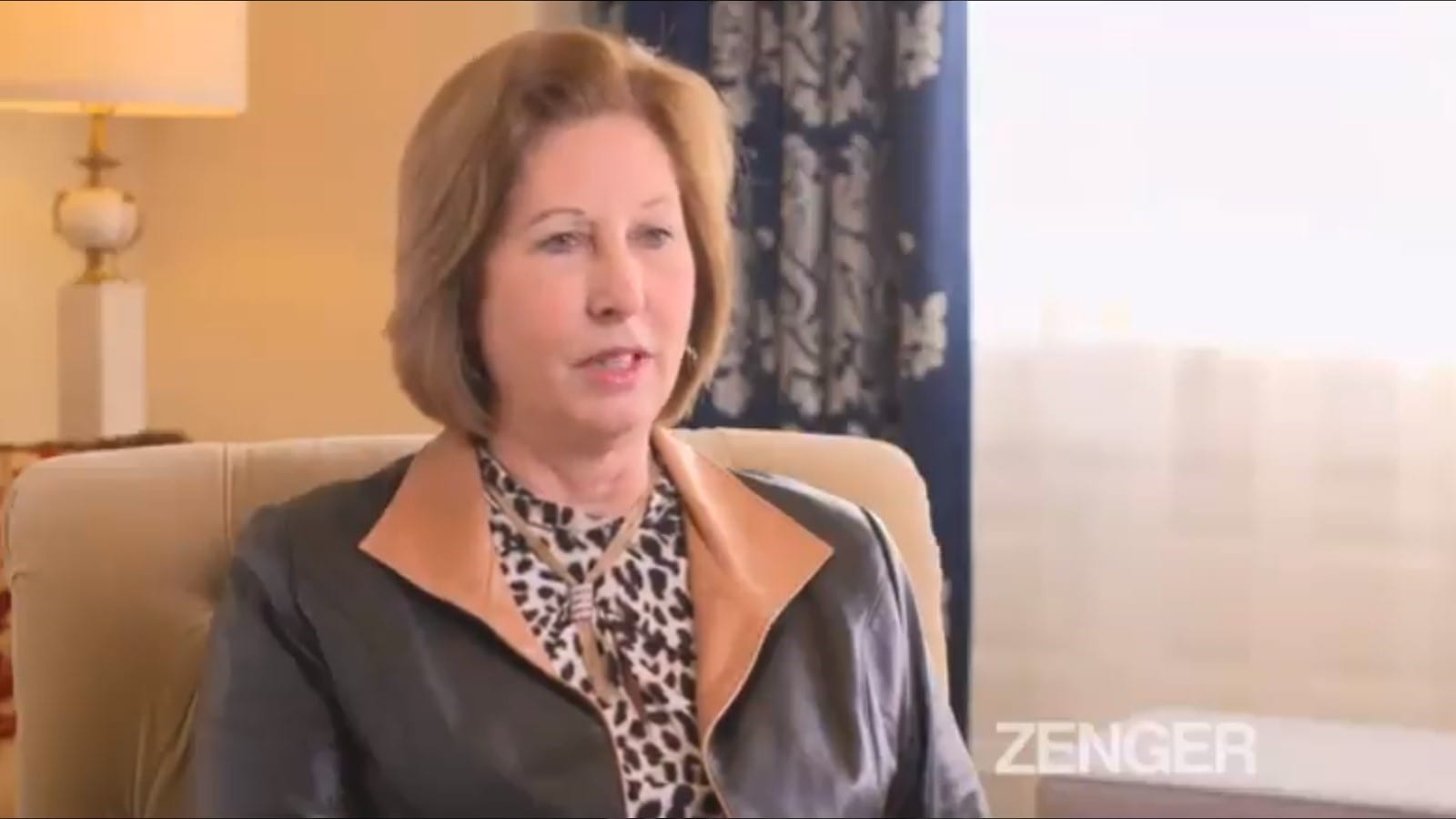 Sidney Powell dropped a bombshell during an interview with Zenger.

She said that she is trying to give President Trump a document proving that Iran and China interfered in the 2020 election.

.@SidneyPowell1 "I would encourage the President to…stand up a Task Force immediately with instructions to secure the voting machines…and to have a formal cyber analysis…"

This would be a bombshell.

Of course, the Deep State is blocking her from even coming near President Trump.

If she is saying fake stuff why doesn’t the White House staff simply debunk it?

Pro-Trump attorney Sidney Powell said Thursday that the president’s aides are preventing her from being in contact with President Trump and coordinating his efforts to overturn election results in battleground states around the country.

In an interview with Zenger News, Powell said she had heard only radio silence from the White House following her meeting with the president in the Oval Office on Friday, seemingly confirming that she was unable to speak to Trump when she visited the White House on Sunday.

“I’ve been blocked from speaking to or communicating with the president since I left the Oval Office on Friday night,” Powell told Zenger’s David Martsoko, “by apparently everyone around him.”

Powell also said she was verbally offered the position of “special counsel” by Trump during Friday’s meeting, but has been unable to present him with paperwork to make it official.

More from The Epoch Times:

.@SidneyPowell1 told Zenger News that White House aides are preventing her from being in contact w/ President Donald Trump & are blocking her efforts to assume a formal coordinating role in pursuing contest-of-election challenges on the president’s behalf.https://t.co/8LzrX8wNSU

Can someone explain to me who these staffers think they are? They work for President. They were not elected. President Trump was elected.

General Flynn took to Twitter to call for Sidney Powell to be named special counsel for the 2020 election.

.@realDonaldTrump you know precisely what my choice is @SidneyPowell1

Why? Because she will go to the truth and that scares the hell out of everyone. @POTUS @PressSec @DanScavino https://t.co/gSg0vGO5jk

He followed that up with the qualifications that Sidney Powell has:

President Trump called for a special counsel to be appointed earlier today:

After seeing the massive Voter Fraud in the 2020 Presidential Election, I disagree with anyone that thinks a strong, fast, and fair Special Counsel is not needed, IMMEDIATELY. This was the most corrupt election in the history of our Country, and it must be closely examined!

Remember Sidney Powell has visited the White House 3 times within the last week.