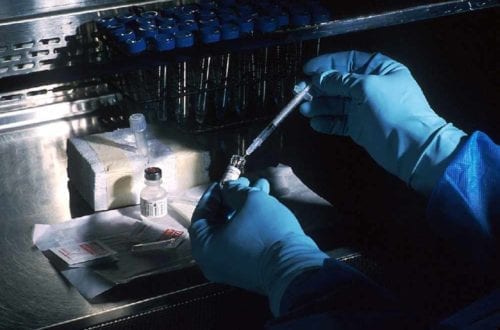 “Every record has been destroyed or falsified, every book rewritten, every picture has been repainted, every statue and street building has been renamed, every date has been altered. And the process is continuing day by day and minute by minute. History has stopped. Nothing exists except an endless present in which the Party is always right.”

After changing the definition of ‘racism,’  ‘sexual preference,’ ‘assault rifle,’ and other words to suit the globalist agenda recently, Webster has completely silently changed the definition of vaccine entirely to accommodate experimental biological agents that may alter a human’s genetics.

America: Your history is being erased, your statues are being torn down, your language is being destroyed, your books are being burned, your foundational archetypes are being turned against you, you are being told your race is your most defining characteristic.  Mathematical language is racist; you are now told.  If you are white, you are told that you have been born into an irredeemable sin.  This is all part of Marxist critical race theory, an ideology taught in universities and now public schools quite openly.

The very essence of Western Thought–critical thinking–is being specifically targeted for disintegration.  The origins of coordinated anti-American narrative assault can be tracked.

What will you still remember tomorrow to teach your children except what government tells you is true?  And, after another generation, what will your children remember, knowing only what is perpetually new, never having known what was undone before them?

A vaccine used to be “a preparation of killed microorganisms, living attenuated organisms or living fully virulent organisms that are administered to produce or artificially increase immunity to a particular disease,” meaning it had nothing to do with mRNA injections, which are not live vaccines and do not use an infectious element.

Nature.com loosely highlights the intricate association between mRNA and DNA, which serves as a sort of genetic recipe for how your body develops and functions.

Given that some of the new vaccines now tamper with the mRNA in your body, is it really accurate to call them vaccines just because they are both injected with needles?  Is a heroin addict taking a vaccine when he injects himself?  He may believe it helps him too, despite its side effects.

Given that this is an entirely new biological pathway to viral defense with no long-term data, is it really ethical to treat it as though it is identical to the previous methods used for so many years for which there is already data?

Never sacrifice these things for expedience.