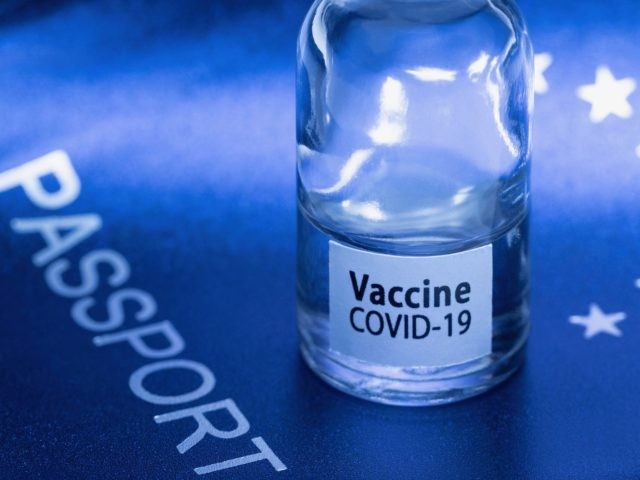 The CEO of an American data privacy firm said that it will be impossible for governments to keep personal health data private when they introduce coronavirus vaccine passports and that such a system could lead to “algorithmic discrimination”.

In an interview with Breitbart London, Rob Shavell, the co-founder and CEO of the online privacy company Abine, which runs the DeleteMe data scrubbing service, said that it is wrong for leaders such as EU Commission President Ursula von der Leyen to make “blanket statements” that vaccine passports will “respect data protection, security [and] privacy“.

“Time and time again governments say that they are providing a data service to their citizens and claim that it will be protected, but what we see is this information ending up in data profiles available on Google searches,” he said.

“The systems we have are too complicated and once that data gets digitised and out there and replicated in the country’s database that you are travelling to, with its own set of privacy protocols, you are looking at an expanding universe” of data that cannot be kept secure, the DeleteMe CEO explained.

Whether it is the European Union’s Digital Green Pass, the World Economic Forum’s Common Pass, or private projects from air travel companies, Mr Shavel said that they will all be prone to data leakage as the fundamentals of storing data in multiple databases acts “like gravity and physics” in its ability to be disseminated.

The big concern for Mr Shavel about the vaccine passport system is that it will be used to algorithmically discriminate against groups of people, creating a world in which “decisions are being made without our knowledge just because it was easy to sort and categories us as late to the vaccine, early to the vaccine, non-vaccinated… all of this information becomes easy to compare and sort against.”

He said that even if a government proclaims that this information will not be personally identifiable, as soon as you begin sorting for location and behaviour — like people in a “small town in the northern UK” who didn’t get vaccinated — it becomes easier to algorithmically discriminate.

Shavel said that eventually all of this data will pool into a “centralised profile about you that is literally available to anybody who wants to spend five or ten dollars to download it.”

He said that algorithmic discrimination could range from employers refusing to hire prospective employees, insurers refusing service, to certain groups being prioritised for economic opportunities.

“What we find is that more and more data that is supposedly meant for one specific area, even in the government, is leaking its way into data broker profiles because they are buying it, scraping it, and figuring out how to correlate it. The more data they put into the profile about us the more valuable it is for them to sell it,” he explained.

Through this data collection and analysis, he warned that the West is essentially creating a “sneaky capitalist” version of the Chinese social credit system — albeit with less human rights abuses.

British government sources believe bosses will be able to use Health and Safety regulations to fire workers who do not get vaccinated. https://t.co/sFgMFKjp8D

To mitigate the chances of vaccine passports leading to algorithmic discrimination, he called on governments to look at non-digital solutions, suggesting the use of stickers on passports provided by a healthcare provider for one trip abroad.

Shavell said that while vaccine passports might be necessary for economic recovery, governments should be looking into “things that are low tech and are not replicated in an insane number of databases that put us all at risk until the end of time.” He remarked that the suggestions from UK officials that vaccine passports could be used in supermarkets is “emblematic of how these things work, it’s like the boiled frog syndrome.”

Mr Shavell said that initially, governments will claim that vaccine passports will only be used in specific national security use cases, such as air travel, however, they will slowly expand their scope into what he termed “mandatory options” with “fancy language”, resulting in people being forced to carry around proof of vaccination for everyday things.

In late February, the Prime Minister said that Mr Gove will be heading up the project to develop a ‘Covid Status Certification‘, which he signalled could be required to go to public venues such as theatres or even to go to the pub. This came just months after he personally issued a categorical denial on live national television that such a system was on its way.